Chief of Multimedia Branch of Taliban-occupied Afghan informed that it has begun process of putting up hoardings announcing the new cabinet. 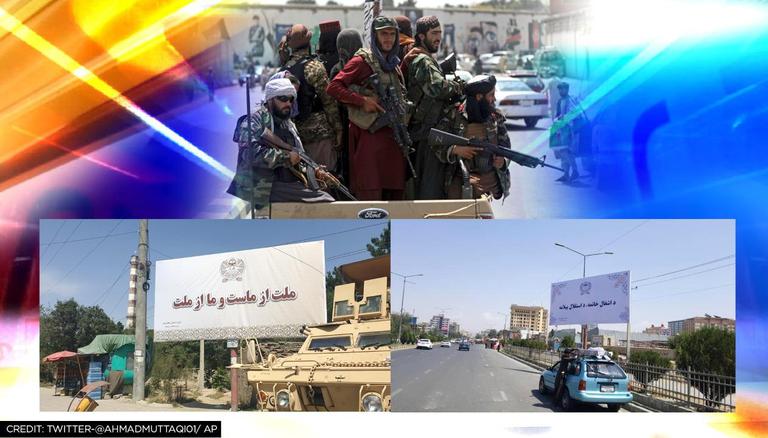 
In recent developments, the Chief of Multimedia Branch of Taliban-occupied Afghanistan informed that the Ministry of Information and Culture has begun the process of putting up slogans on the wall and hoisting flags to announce the cabinet. While taking to Twitter, Ahmadullah Muttaqi shared pictures of hoardings being put up in the capital city Kabul. It has already been reported by international media outlets, that the new Afghan government will be led by Taliban leader Mullah Abdul Ghani Baradar.

The Taliban can now anytime announce its formal government in the war-raved country. According to the latest reports, senior Taliban officials have announced that Mullah Mohammad Omar's son Mullah Yakub and Abbas Stanekzai will be given senior positions in the new government. Several senior Taliban leaders are already in Afghanistan and meetings are taking place, after which the announcement will be soon made.

The insurgent group has already reportedly confirmed that their military commander and religious leader Hibatullah Akhundzada, who hails from Kandhar, will be their Supreme Leader. A Prime Minister or President - Mullah Abdul Ghani Baradar - will lead the country. A ceremony is expected to be held following the Friday prayers at the Presidential Palace in Kabul in a bid to announce the new leaders of the country.

The Taliban took over Kabul on August 15 after major cities like Kandahar, Herat, Mazar-e-Sharif, Jalalabad and Lashkar Gah fell without resistance as US troops retreat after 20 years from war-torn Afghanistan. The hasty withdrawal of the US troops saw thousands of people attempting to flee from Afghanistan with several clinging to a departing US plane's wheels, leading to them falling to their deaths. While ex-President Ashraf Ghani has fled to UAE, his vice-president - Amrullah Saleh has anointed himself as 'legitimate caretaker President' of Afghanistan and is reportedly in the Panjshir province, resisting the insurgent group.