After Taliban's Afghanistan takeover, ex-Vice President Amrullah Saleh claimed that he is the 'legitimate caretaker President' of the South Asian country 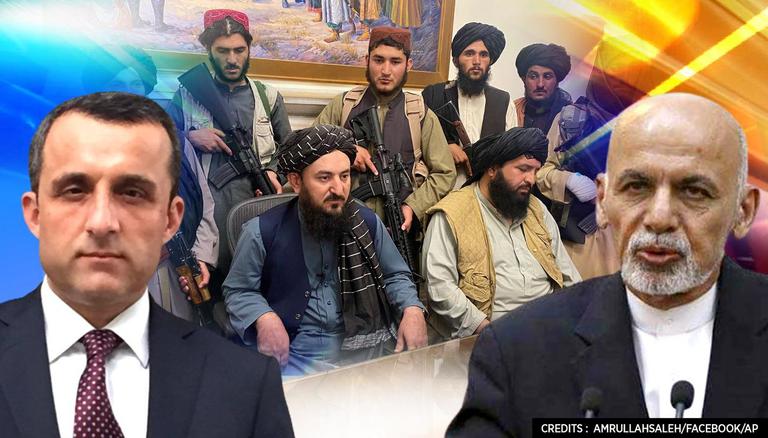 
In a key development after the Taliban took over Afghanistan, former Vice President Amrullah Saleh has come forward to claim that he is the 'legitimate caretaker President' of the South Asian country. The development comes amid the Taliban, which took over the country by finally breaching the capital city - Kabul, deciding on the points of the 'peaceful transfer' of power from the council, as President Ashraf Ghani and his aides flee the country in a bid to 'avoid bloodshed'.

Former VP Amrullah Saleh the legitimate President as per protocols?

Taking to Twitter, Amrullah Saleh cited protocols mentioned in the Constitution of Afghanistan, as per which in case of absence, escape, resignation, or death of the serving President, the Former Vice President becomes the caretaker President. "I am currently inside my country and am the legitimate caretaker President," Saleh wrote, reaching out to all leaders to secure their support and consensus.

Clarity: As per d constitution of Afg, in absence, escape, resignation or death of the President the FVP becomes the caretaker President. I am currently inside my country & am the legitimate care taker President. Am reaching out to all leaders to secure their support & consensus.

Soon after surrendering to the Taliban, serving President Ashraf Ghani along with his aides fled Afghanistan. The information of Ashraf Ghani fleeing from Afghanistan was put forth in the public domain by Senior Afghan leader and Head of the High Council for National Reconciliation, Abdullah Abdullah through a video.

In his first statement after his fleeing from the country, Ashraf Ghani had defended his action, saying that he had no other choice. “The Taliban had made it to a point remove me, they are here to attack all Kabul and the people of Kabul. In order to avoid the bleeding flood, I thought it was best to get out,” he had said.

As US troops retreat after 20 years from war-torn Afghanistan, the Taliban launched an offensive taking over cities like Kandahar, Herat, and Lashkar Gah, gradually encircling the government in Kabul. While Kandahar and Herat fell on Thursday, forcing government officials and their entourage to flee to the airport to escape the city by air, Mazar-e-Sharif fell on Friday, while Jalalabad and Lashkar Gah on Saturday, strengthening the Taliban's stronghold. Finally, on Sunday, as US troops evacuated all their diplomats, fleeing via helicopters, the Taliban held talks with the Ghani government and took over Kabul along with the Afghan military.