Afghanistan’s gun dealers are now selling US weapons that were seized by the Taliban after the American troops withdrawal, reported The New York Times. 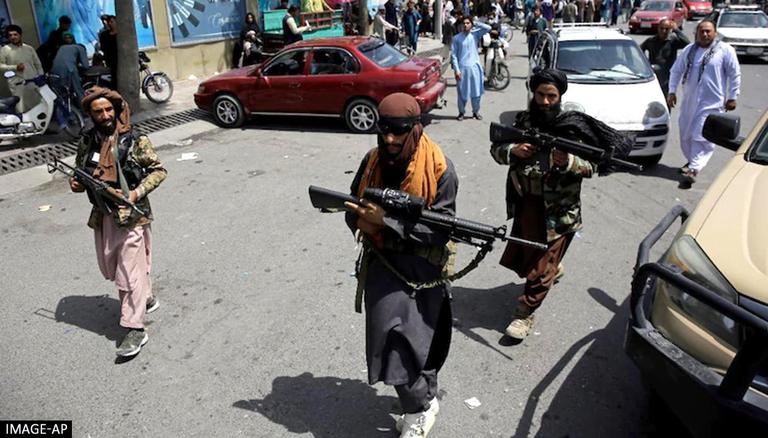 
Afghanistan’s gun dealers are now selling US weapons that were seized by the Taliban after the American troops withdrawal from the war-torn nation, reported The New York Times, citing weapons dealers in Kandhar Province. Three weapon dealers in the war-torn country said that American pistols, rifles, grenades, binoculars and night-vision goggles are for sale in the southern part of Afghanistan. They informed that dozens of Afghans have set up gun shops after they paid the Taliban fighters for the materials.

The equipment, which had cost American taxpayers more than $83 billion through two decades of war, was originally provided to the Afghan security forces. However, following the US troops withdrawal and the Taliban’s violent takeover of Kabul, the insurgents amassed a large number of weapons. Earlier, the Pentagon had said that all the advanced weaponry was disabled before the US troops left, but thousands of weapons were still available for the Taliban.

Now, the New York Times reported that the Taliban has already sold some of the US weaponry to gun dealers since the combat has largely ended and they do not need them. Some gun dealers have even reportedly smuggled the weapons to Pakistan, where demand for American-made military weapons is strong. But the insurgents have denied that any of those US weapons were hitting the market.

Speaking to the media outlet, Bilal Karimi, the Taliban spokesperson, said that the American weapons were not for sale. He denied the report and said that the Taliban fighters are not “careless”. He also went on to say that no one can even sell a bullet in the market or smuggle it.

Karimi said, “I totally deny this; our fighters cannot be that careless. Even a single person cannot sell a bullet in the market or smuggle it."

He added that US weapons previously captured during the war "are all listed, verified and are all saved and secure under the Islamic Emirate for the future army".

Meanwhile, the NYT report comes after Pakistani customs officials back in August had claimed that they had foiled a bid to smuggle arms into the country from Afghanistan by recording foreign-made weapons used by the US and NATO forces. According to PTI, a Pakistan-bounded trailer truck was stopped at the Torkham border as it entered from the Afghan side. The Pakistani officials reportedly had recovered two M4A1 carbine rifles, seven Glock 9mm pistols, eight Beretta pistol barrels and ammunition from the vehicle. An Afghan national was arrested and the vehicle was also seized.