Taliban’s foreign minister, Amir Khan Muttaqi, said that Afghanistan no longer needs a large military and would not keep all the soldiers of the former regime. 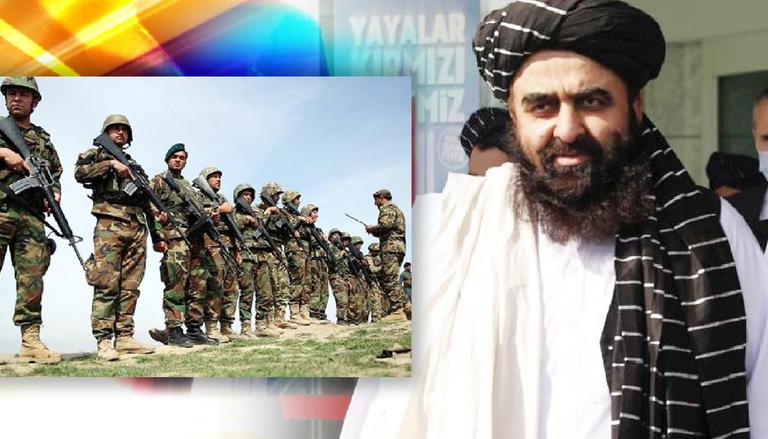 
Taliban's foreign minister, Amir Khan Muttaqi, said that Afghanistan no longer needs a large military and would not keep all the soldiers who worked in the Afghan National Defense and Security Forces (ANDSF) under the Ashraf Ghani-led government. He also highlighted that Afghanistan needs only those people who are loyal and committed to the Taliban, reported Khaama news. While speaking at a public talk sponsored by the Pakistan government, Muttaqi pointed at the international community and said human rights have been being used for political purposes and said these tactics don't work on the Taliban.

However, the remark made by the foreign minister is contradictory to the Taliban's chief, Qari Fasihuddin, who recently said in a statement that the country needs another 5000 troops for the force, most of them from the Afghan Army. On Thursday, Mottaki was in Pakistan with a 20-member delegation for negotiations on opening trade routes, among other things. Where the special representatives from the United States, Russia, and China were present under the Troika Plus format.

According to a report published by Voanews, Muttaqi bristled when he was asked about the issue of human rights and inclusivity in his administration. Blaming the international community for misusing human rights, Muttaqi stated, "Yesterday, the opposition [the Taliban] deserved to die. Yet, that was not a violation [of human rights] and today it is a violation". He also mentioned that the Taliban government is inclusive as it has various ethnicities in it, and said the international community is forcing the Taliban to include their political opponents. "We have never asked [U.S.] President [Joe] Biden to include [former] president [Donald] Trump in his cabinet," he said.

As per Voanews report, at the Troika Plus meeting, the demand for including fellow Afghans and other political groups and forces in the government took centre stage. The Foreign Minister of the Taliban declined the demand, saying opponents could not be included in the government; "it is not the norm anywhere else," he said. When asked about the rights of women and children, Mutaqqi asserted, "Currently, 100% of female workers in the health sector have returned to work," he said. "In [the] education sector, it is now up to 75%," he said his government has not fired a single woman from her job since they took control of the country.