Continuing its march towards the capital, the Taliban, on Saturday, captured the large, heavily defended city of Mazar-e-Sharif in northern Afghanistan. 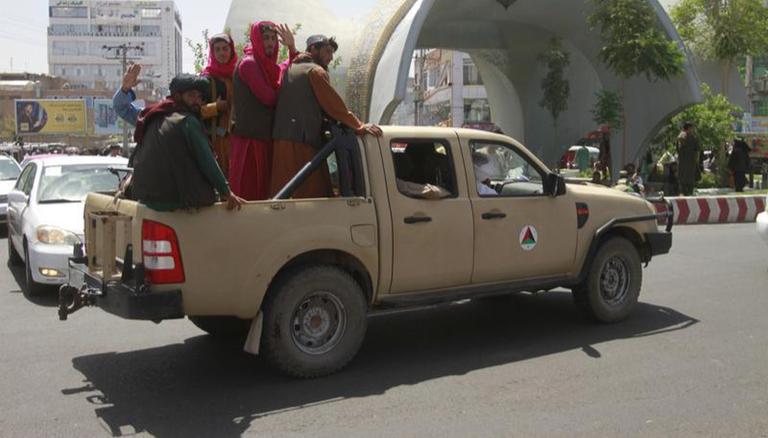 
Continuing their strong offensive against the Afghanistan government, the Taliban, on Saturday, captured a large, heavily defended city in the northern part of the country. In a major setback for the Ashraf Ghani government, the Sunni Pashtuns seized Mazar-e-Sharif, the capital of Balkh province.

The fall came just a day after the insurgents had captured Herat and Kandahar, the second and third largest cities in the country. The provinces of Paktika (bordering Pakistan) and Logan along with the city of Maymana in Faryab Province have also been captured by the Taliban.

Speaking to the Associated Press, Abas Ebrahimzada, a Balkh lawmaker, disclosed that the national army surrendered first, which prompted pro-government militias and other forces to lose morale and give up. It is worth mentioning that the Balkh province also housed two powerful former war loads- Abdul Rashid Dostum and Ata Mohammad Noor- both of whom vowed to protect the land but eventually fled as the Taliban onslaught began.

READ | As Taliban tighten their grip, Kabul airport only way out

Taliban confirms the fall of Mazar-e-Sharif

The Taliban announced the fall of Mazar-e-Sharif in a tweet on Saturday.

“Mazar city, the capital of Balkh province, was also conquered. Moments ago, the governor, the police chief, the intelligence service, the 209th Shaheen Corps, Qala-e-Jangi and the centre of Dehdadi district of the province were completely conquered with all its accessories. A large number of vehicles, weapons and equipment fell into the hands of the Mojahedin,” tweeted Zabihullah Mujahid, the official spokesperson of Islamic Emirate of Afghanistan(Taliban’s official name).

Earlier on Friday, the Islamist fundamentalist group seized Lashkar Gah, capital of Helmand, after two weeks of heavy fighting. With the latest takeover clubbed with Herat and Kandahar, the Taliban have completed their sweep of the south. The group now holds possession of over 20 of the 34 provincial capitals in Afghanistan. Now, with just a sliver of land left under the control of the Afghan government, foreign countries have ramped up efforts to obliterate sensitive documents and airlift their officials and citizens.

READ | What led to the collapse of Afghanistan military in the years-long fight against Taliban?

Taliban, which ruled the southcentral Asian country with an iron fist from 1996 till 2001 has reimposed its ultra-austere rules in captured areas. It has also confirmed the takeover of the country's main radio station and has renamed it the Voice of Sharia or Islamic law.