The UN Deputy High Commissioner for Refugees, Kelly T Clements, has said that she will call on the Taliban to discuss the condition of Afghan refugees. 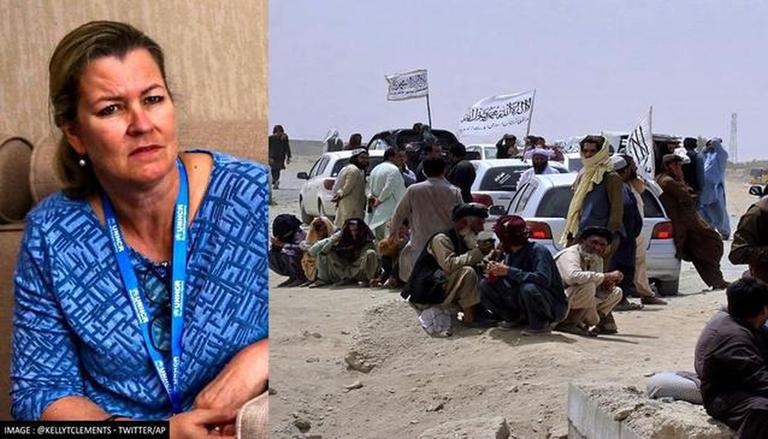 
Ever since the Taliban took control of Afghanistan, the international community and human rights agencies have time and again expressed concern over the humanitarian crisis underwent by the war-ravaged nation. In the latest development, the UN Deputy High Commissioner for Refugees, Kelly T Clements, has stated that she will call on the Taliban to discuss the situation of Afghan refugees. The UN official, who arrived in Kabul on Sunday, 12 June, said that she will talk about the return of Afghan refugees to their homeland as many of them fled their country when Taliban seized the power on 15 August last year, ANI reported citing TOLO News. Underlining the ongoing crisis in Afghanistan, Kelly T Clements emphasized that the war-torn nation has been "forgotten."

"We will be taking over the course of the next days with the interim authorities about how we can support the needs of the Afghan people and how we can find solutions for those that are outside the country that wants to come home and want to be able to rebuild their lives in peace and have an Afghanistan that is inclusive of all," ANI cited TOLO News which quoted Kelly T Clements as saying.

Taking to her official Twitter handle, Kelly T Clements expressed concern over the situation of people in Afghanistan. She stressed that the humanitarian needs of people are "immense" in Afghanistan and millions of people have been displaced. Kelly Clements added, "I’m in the country to advocate for support, including for those returning home, & the need to uphold their rights, especially of women & children and their ability to participate in public life." Earlier on June 9, Heather Barr, Associate Director of the Women's Rights Division at Human Rights Watch (HRW), raised concern over the condition of women in Afghanistan. She stressed that a "grave human rights crisis" has been unfolding in Afghanistan, especially for women and girls. Barr called on the international community to protect the rights of Afghanistan, especially women and girls.

Afghan women and girls are watching their rights vanish before their eyes. They need more from the world than concern. They need action.https://t.co/XSPJQpbKQ3 pic.twitter.com/ImnkoS3S3T