As Afghan currency hit record lows on Monday, Da Afghanistan Bank has decided to auction $10 million to prevent the rate to plummet further. 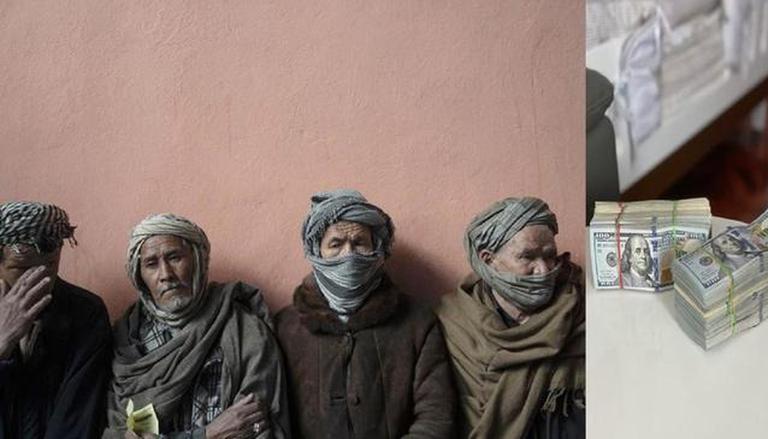 
As Afghanistan's currency hit record lows on Monday, Da Afghanistan Bank has decided to auction $10 million to prevent its further fall. As per Khaama news report, in a statement released by the central bank on Tuesday, the authorities called on private banks, forex traders, and currency exchangers to participate in the bidding. The Afghan currency has dipped to its lowest level against a dollar in the past twenty years, the report stated.

Moreover, the bidders are expected to pay in Afghan Afghani (Afghanistan currency) in return for a number of dollars they buy in the auction. However, the statement failed to provide further details on when the results of the auction will be declared. As per a Bloomberg data report, the Afghani currency fell to 2.7% of 93.89 on Monday. However, an anonymous economic analyst was quoted by Khaama as saying that the auction may not be beneficial for the Afghan economy since the dollars will be 'trafficked' abroad, leaving invaluable impact on the country's currency

The auction comes as Afghanistan is battling to support its economy, which is on the brink of collapse as per a United Nations estimation. Also, the freezing of $9 billion worth of assets by the US and suspension of funds by international financial organisations has left Afghanistan reeling under a severe economic and humanitarian crunch. Meanwhile, the US has shown no signs of releasing funds after the Taliban neglected calls from the international community to form an inclusive government in Afghanistan.

Since the Taliban took over Kabul in mid-August, organisations like World Bank and International Monetary Fund (IMF) had paused the disbursement of allotments to Afghanistan. Around the same time, the US also froze over $9 billion in accounts with the Afghan Central Bank. Subsequently, several aid groups and foreign governments ceased funds flow into Afghanistan, pushing the war-torn country into a severe shortage of food, medical and other mandatory supplies, the OCHA said.

Looking at the series of interlinked harrowing crises, humanitarian organisations and civil societies have called for an immediate release of funds calling it a 'practical way' to prevent further collapse of resources. As per the OCHA, the health sector is under particular pressure after over $600 billion funds have remained cut since August.

"For the past two months, doctors and other healthcare workers – including 14,000 women – have not been paid. Prevented from accessing basic necessities, including food and medicine, they are unable to continue treating patients and health clinics are closing," the OCHA said in its statement.