As the Taliban continues to gain ground in Afghanistan, the Ashraf Ghani government sacked its Defence Minister Bismillah Khan Mohammadi on Wednesday. 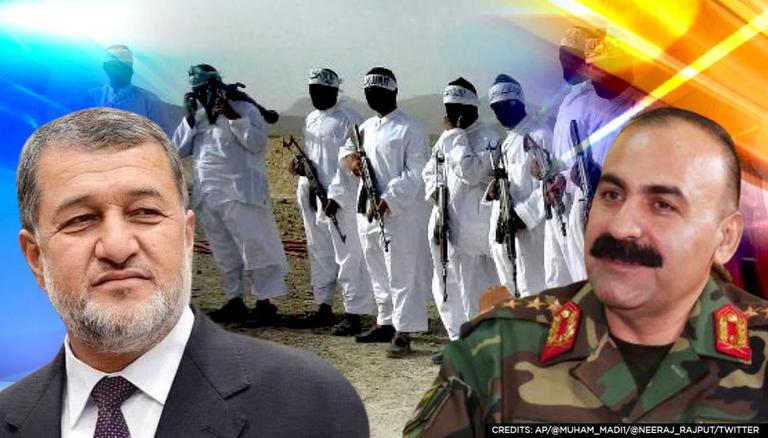 
As the Taliban continues to gain ground in the Afghan territory, the Ashraf Ghani government sacked its Defence Minister Bismillah Khan Mohammadi on Wednesday. Besides this, the Chief of Army Staff General Wali Mohammad Ahmadzai was also removed from his post on the same day and replaced by General Haibatullah Alizai. As per reports, part of the Afghanistan Military is undergoing a reshuffle to tackle the growing influence of Talibani terrorists in the region.

The acting Afghan defence minister's Kabul residence was recently attacked by Talibani terrorists, in which eight people lost their lives while 20 suffered injuries. Bismillah Khan, however, escaped unhurt in the attack claimed by the Taliban.

The news of the Afghan Defence Minister's ouster comes just hours after acting Finance Minister Khalid Payenda stepped down from his position and reportedly left the war-torn nation, following pressure from the presidential palace. While the Ministry of Finance said that Payenda left the country "on an official visit," sources claimed that he is not likely to return to the country.

Today I stepped down as the Acting Minister of Finance. Leading MoF was the greatest honor of my life but it was time to step down to attend to personal priorities. I’ve put Mr. Alem Shah Ibrahimi, Deputy Minister for Revenue & Customs in charge until a new Minister is appointed.

Meanwhile, Afghan President Ashraf Ghani reportedly flew to the besieged northern city of Mazar-i-Sharif on Wednesday to stir the country’s hard-pressed forces in the face of the Taliban’s rage.

According to US intelligence assessments, Afghanistan's civilian government may fall to the terror group within months after the American military withdrawal as the Taliban have already taken control of several districts across Afghanistan.

As of Wednesday, the insurgent group has taken over more than a quarter of the country’s provincial capitals in less than a week while the US troop withdrawal is ongoing. As per the report, Ghani arrived in Mazar as the Taliban captured Faizabad overnight and conquered the ninth city to be overrun since Friday.

UN High Commissioner for Human Rights Michelle Bachelet informed on Tuesday that at least 180 people have been killed while more than 1,180 have been wounded in four Afghan cities alone since July 9. "The Afghan government forces and the Taliban must stop fighting to prevent bloodshed. If they fail to return to the negotiating table and reach an agreement, the situation for the Afghan people will become even worse," Bachelet added.