Taking a U-turn from its previous order, the Taliban announced on Tuesday that citizens cannot travel abroad until the new Afghanistan govt is announced. 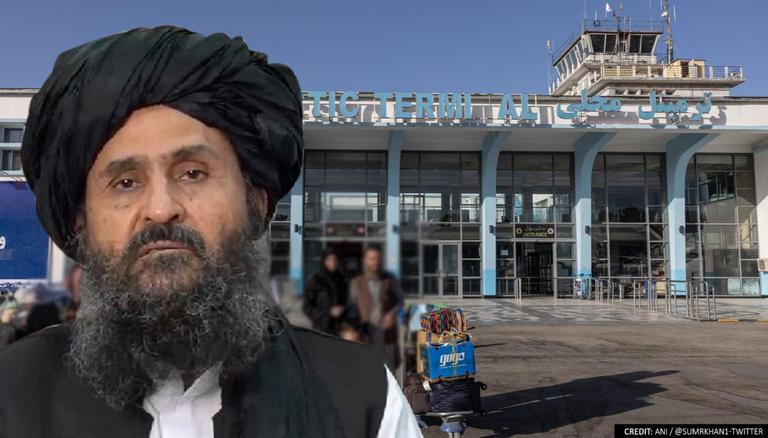 
Taking a U-turn from its previous order allowing Afghans with valid visas and passports to leave the country, the insurgent group announced on Tuesday that its citizens will not be allowed to travel abroad until the formation of the new Afghan government.

"Afghan Citizens cannot travel abroad until the new Afghan government is announced," Taliban Spokesperson, Zabihullah Mujahid was quoted by the Asvaka news agency, minutes after a contradicting announcement by another Talibani leader.

After days of suspending flight operations at the Mazar-e-Sharif airport, the militant organization had announced earlier today that Afghans with valid visas and passports stranded in the northern city and waiting to take chartered evacuation flights out of the country will be allowed to leave.

Taliban's Mawlawi Hafiz Mansour had claimed that the majority of Afghans waiting to take one of four evacuation flights neither have valid visas nor passports. He said that only Afghans with passports and valid visas would be allowed to leave the country. Mansour however did not provide a breakdown of the numbers of those with valid documents and those without.

The Taliban, last week, postponed the formation of a new government as the insurgent group struggles to give shape to a broad-based and inclusive administration acceptable to the international community.

Mullah Mohammad Hasan Akhund, the chief of the Taliban's powerful decision-making body 'Rehbari Shura', has been named as Afghanistan's new head of state by the insurgent group's top leader Mullah Hebatullah Akhundzada, according to a Pakistani media report.

Mullah Abdul Ghani Baradar, Chairman of Taliban's Political Office in Doha, and Mullah Abdus Salam will work as deputies of Mullah Hasan in the new Taliban government, which is likely to be announced next week. Hasan is presently head of the Taliban's powerful decision-making body - Rehbari Shura or leadership council - which serves much like a government Cabinet running all the group's affairs subject to the approval of the top leader.