Marking good news for environmentalists and conservationists, a rare type of antelope which was on the brink of extinction has reemerged in Kazakhstan. 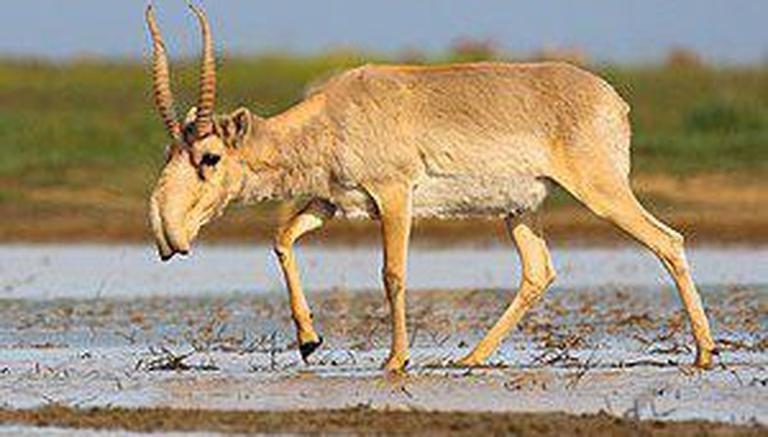 
Marking a good news for environmentalists, a rare type of antelope which was on the brink of extinction has reemerged in Kazakhstan. The population of Saiga has more than doubled since 2019 pushing its numbers from 334,000 to 842,000 just within two years. Since 2002, the medium-sized hoofed mammal has been categorized as ‘critically endangered’ in the IUCN list.

In 2015, several images of carcasses of these antelopes surfaced online, triggering apprehension of their mass extinction. But soon, the Kazakh government initiated several conservation measures to make sure the species do not face extinction. The local government ordered a complete ban on poaching and urged organisations to get involved in conservation work on the national and international levels.

In addendum to administrative efforts, the species’ natural resilience also played a significant role in their re-emergence. According to Albert Salemgareyev, expert at Association for the Conservation of Biodiversity of Kazakhstan (ACBK), Saigas give birth to twins every year, which contributed to their species growing at an exacerbated pace.

“There are few truly vast wildernesses, like the steppes of central Asia, left on the planet. To know that saiga herds are still traversing them in their thousands, as they have done since prehistoric times, is an encouraging thought for those of us who want those wildernesses to remain," David Gill, FFI senior programme manager for Central Asia told reporters. Apart from Kazakhstan, the antelopes also inhabit Mongolia, the Russian Federation, Turkmenistan and Uzbekistan.

One of the more interesting creatures is making a comeback. Saiga antelope, rock on. pic.twitter.com/GZrjG12wuB

Last week, another 'critically endangered' barking deer was spotted in Cambodia for the first time. The giant muntjac was captured on a hidden camera in northeast Cambodia's Virachey National Park in Ratanakiri province, said the  Environment ministry spokesman Neth Pheaktra.