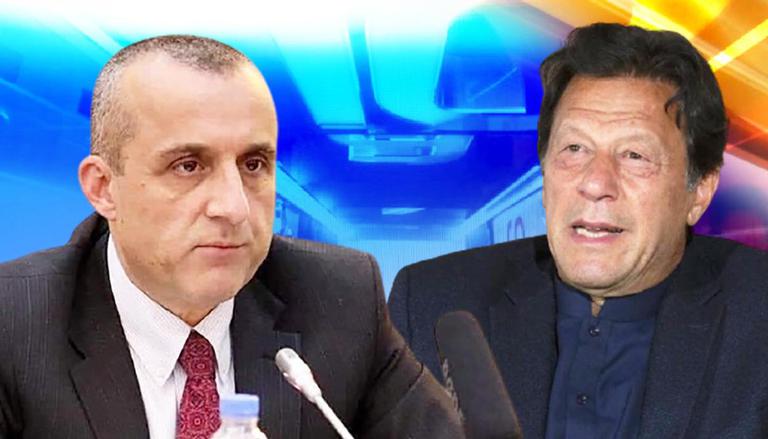 
Amrullah Saleh, the former vice president and self-proclaimed president of Afghanistan, on Friday, October 22, reacted to Pakistan foreign minister’s visit to Kabul. Taking to Twitter, Saleh said that “Afghanistan is too big to be swallowed by Pakistan” and further went on to note the consequences of two and half months of occupation of Afghanistan by Islamabad. In a series of tweets, Saleh said that resistance in all aspects is the solution for safeguarding Afghan’s dignity and ending Pak’s occupation in Afghanistan.

Saleh noted that in the two and half months of occupation of Afghanistan by Pak, the GDP of the war-torn nation went down by approximately 30%, the poverty level reached 90% and additionally the nation also faced domestic slavery of women in the name of Sharia. Saleh went on to add that consequences also included the ban of media and freedom of expression. He warned that Afghanistan is too big to be swallowed by Pak, adding that “it is a matter of time to see Afghanistan phoenix rise again."

The consequences of two & half months of occupation of Afg by Pak;
GDP down by 30% (estd)
Poverty level 90%
Domestic slavery of women in the name of sharia
Civil service down
Press/media/frdm of exprsn banned
Urban middle class gone
Banks closed.
1/2

Meanwhile, Saleh’s remarks came as Pakistan FM Mahmood Qureshi travelled to Kabul along with spy agency ISI chief Lt Gen Faiz Hameed on an unannounced visit to meet the Taliban leadership and vowed to provide humanitarian assistance worth Rs 500 crore to save the Afghan people from an economic crisis. According to PTI, Qureshi met Mullah Mohammad Hassan Akhund, Afghan PM under the Taliban regime, and underlined that Pakistan wanted lasting peace and stability in the war-torn country. Qureshi said Islamabad was determined to help the Afghan people to save them from an economic crisis.

While speaking to the media after the meetings, Qureshi said that he had a detailed and result-oriented discussion with the Taliban leadership. He said that Pakistan, in collaboration with Afghanistan’s neighbours, was committed to playing a constructive role for peace and stability in the region. The Pakistani delegation also held talks with Acting Foreign Minister Amir Khan Muttaqi.

READ | The First Half Army: 74 years of Pakistan's first capitulation to Indian Army