Leaders from Armenia and Azerbaijan arrived in Moscow to hold talks on prospects of ceasefire and reopening transport routes paralyzed for over 3-decades. 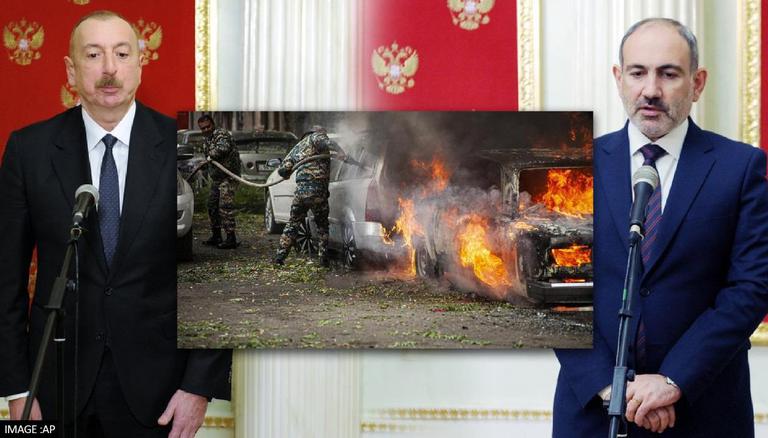 
Armenian Prime Minister Nikol Pashinyan said that his country has agreed to establish a hotline with Azerbaijan as favoured by both the country’s defense chiefs following the deadly clashes witnessed on the border, last week. Contacts between Armenia and Azerbaijan must be more frequent in order to  “help stabilize the situation, find solutions and try to avoid crises,” Pashinyan said at an online news conference in Yerevan, according to the Associated Press.

During the violent military confrontations that broke out on 6 November, at least six Armenian soldiers were killed, while 32 others were taken hostages by the Azerbaijan army, which claimed that seven of its soldiers died in the clashes in the separatist region of Nagorno-Karabakh.

Dispute over the separatist region of Nagorno-Karabakh that now lies under the control of Azerbaijan, and is controlled by ethnic Armenian forces, has resulted in severe human rights violations, failed diplomatic talks, refugee crisis, mounting death toll, and destruction. Tensions over the contended South Caucasus piece of land have worsened over the past several years with Armenia and Azerbaijan blaming each other over who instigates and flares the regional conflict.

READ | Karabakh agreement to be discussed by Russia and Armenia; meeting scheduled for Oct 12

While both the Transcaucasian countries have held 'substantive' talks brokered by Russian President Vladimir Putin, reports of fresh clashes emerged just hours after a ceasefire came into force. Armenia, Azerbaijan, and Russia had signed an agreement to end the military conflict, and  Russia's defense ministry flew 1,960 Russian peacekeepers from an airbase at Ulyanovsk to be deployed on the front line to guard the Lachin corridor.

However, as early as last week, troops on both sides clashed violently on the Nagorno-Karabakh border resulting in fifteen military casualties on the Armenian side and two from Azerbaijan. The Armenian Defence Forces alleged that the Azerbaijan military opened fire, killing one of their servicemen and detaining 12 others. Meanwhile, Azerbaijan accused Armenia of "large-scale provocation" on the border after troops captured two Azeri military positions. Tensions once again flared between ex-Soviet ‘arch-foes’ countries after they engaged in a six-week war last year.

Leaders from Armenia and Azerbaijan on Monday arrived in Moscow to hold talks on prospects of a ceasefire and reopening transport routes that have been paralysed for nearly three-decade due to the conflict over Nagorno-Karabakh, Associated Press reported. Russian President Vladimir Putin, who brokered truce last time during the fierce fighting between Armenian and Azerbaijani troops, has once again intervened to bring both the warring sides to agree to the implementation of the peace agreement. Azerbaijani President Ilham Aliyev and Armenian Prime Minister Nikol Pashinyan were spotted in the Kremlin as they signed a pact, which according to Russia, “created the necessary basis for a long-term and full-format settlement of the old conflict.”