Baboon holding a lion cub and caressing him in a video shared by a YouTube page named Kruger Sightings has startled the internet that compared the cub to Simba.

A rare video of a baboon holding a lion cub shared by a YouTube page named Kruger Sightings has become viral on the internet. It was reportedly shot by Kurt Schultz, an owner of Kurt Safari, who was roaming and taking photos in the Kruger National Park.

Schultz told the reporters that he was at the Kruger national park when he happened to notice something very special and rare, a baboon had adopted a lion cub and was climbing the marula tree. He said that initially, he thought that the baboon was a female, however, it later became clear that the baboon was a male and was grooming the lion cub moving from tree to tree.

It wasn't me, I promise. Male #baboon 'steals' and grooms #lion cub at #Kruger National Parkhttps://t.co/vhJfu75WSS

The video of the Baboon caressing the lion cub was widely appreciated by internet users who pointed out that animals portrayed compassion and love for other species. According to the reports, Schultz told the media that in 20 years, he had never witnessed such a sighting. He said that it was highly unlikely that the lion cub would survive with the troop of baboon since the cub was a predator.

Read UK Wildlife 'at Risk' Due To Gaps In Environmental Regulations

Schultz told the media that the baboon usually moved down foraging early morning and must have found the lion cub hidden, and decided to adopt the cub hidden behind the rock. It isn’t common for the baboon to adopt a predator in the forests, and this one was caressing the cub and held on to him tightly like the scene in The Lion King movie, he added. 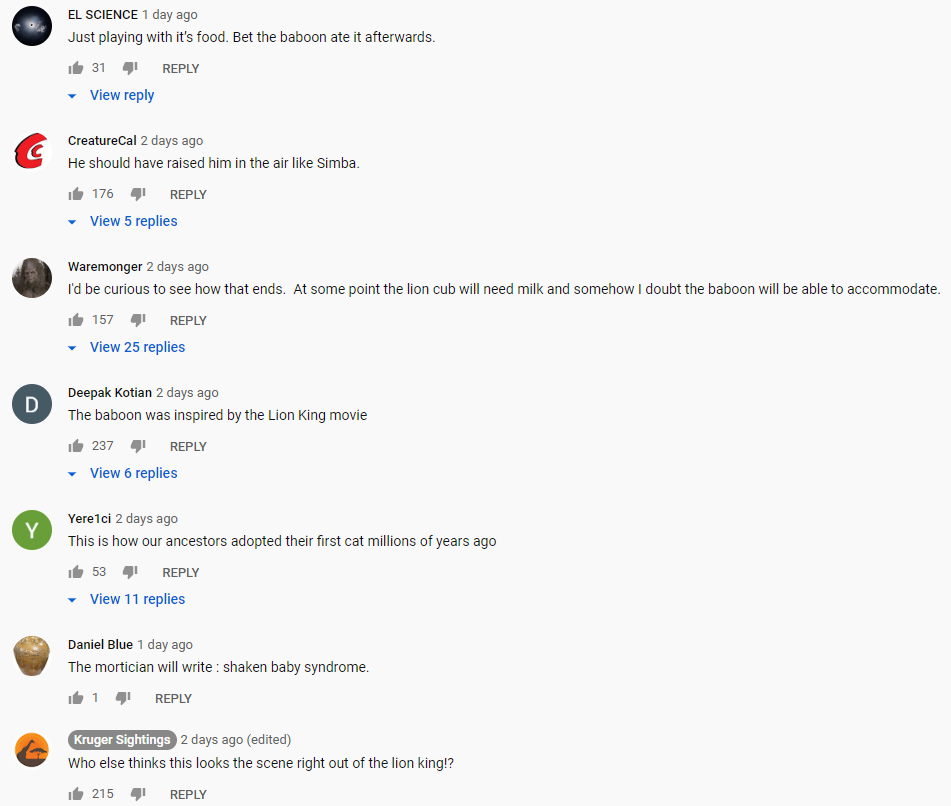