In an unusual move for a state head, Bangladesh PM Sheikh Hasina has wished Bengal CM Mamata Banerjee for her 'huge victory' in Bengal state elections 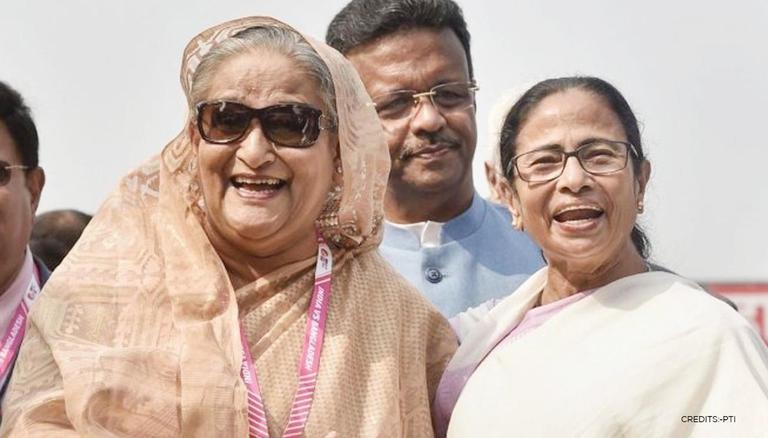 
In an unusual move for a state head, Bangladesh PM Sheikh Hasina has wished Bengal CM Mamata Banerjee for her 'huge victory' in Bengal state elections on Wednesday. Calling it a 'reflection of deep-rooted trust of the West Bengal people in Mamata', Hasina wished her for Bengal's overall development. Mamata Banerjee was sworn in for a third consecutive term on Wednesday, after TMC trumped the BJP in the recent polls.

“The huge victory of the Trinamool Congress in the assembly elections of 2021 is a reflection of deep-rooted trust of the West Bengal people in you,” wrote Hasina. She also wished for the overall development and continued progress of the West Bengal people under the dynamic leadership of Mamata Banerjee. She wrote, "In a critical time of the coronavirus, we are committed to working together to overcome the global pandemic depending on the friendly regional assistances. I wish your [Mamata Banerjee’s] good health, long life, and continued success.”

Responding to her wishes, Banerjee wrote a letter to Prime Minister fondly mentioning Hasina’s sister, Rehana and thanking her for the wishes. Banerjee and Hasina share a very cordial relationship with Hasina sending four sarees and 10 kg of sweets during Durga Pujo last year. While the Bangladesh govt is upset with Mamata for pulling out of the Teesta water-sharing deal in 2011, Mamata has often referred to Hasina as her 'elder sister', visiting her on multiple occasions.

On Sunday, Mamata Banerjee managed to halt the BJP juggernaut, retaining Bengal with TMC winning 213 seats whereas BJP could win in only 77 constituencies. While BJP won 74 more seats than the previous election, its vote share of 38.13% could not pose a challenge to TMC which garnered a vote share of 47.94%.  Meanwhile, the Congress-Left-ISF alliance failed to dent Trinamool's chances, failing to win a single seat.

In an upset for Mamata Banerjee, the CM lost to ex-aide Suvendu Adhikari at Nandigram on Sunday, by a margin of 1737 votes. Banerjee herself accepted her defeat, but said that she will challenge the verdict in court. The nail-biting clincher saw Suvendu Adhikari take the lead by 4000 seats over Mamata Banerjee, but later the margin reduced to mere 6 votes, before Mamata took the lead.