Bangladesh government has dismissed the United States request to provide temporary shelter to some of the people from Afghanistan amid the Taliban crisis. 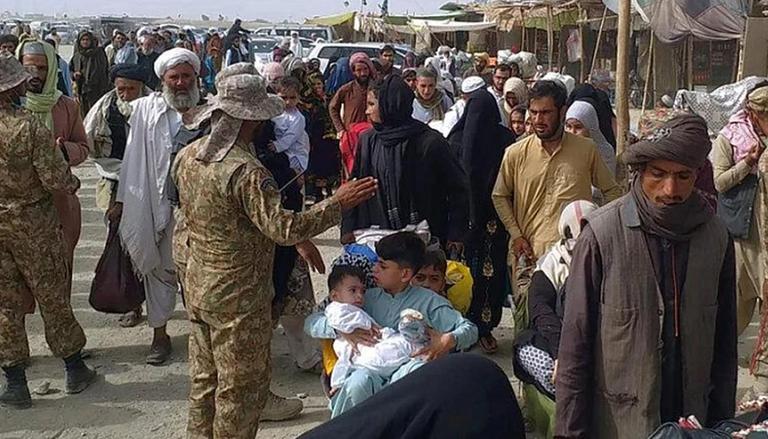 
Bangladesh government has dismissed the United States request to provide temporary shelter to some of the people from Afghanistan in the wake of the Taliban taking over the country. Bangladeshi Foreign Minister Dr. A K Abdul Momen told the UNB in Dhaka that the country received a request from the US which has been rejected because it is already struggling to provide shelter to Rohingya refugees who fled Myanmar. Momen reportedly said that America’s request came through diplomatic channels from Washington to Dhaka.

After the Taliban entered the Afghan capital of Kabul, governments across the globe are scrambling efforts to evacuate their citizens and other Afghans from the South Asian country. While several nations including India, UK and Canada have already started evacuating citizens and local officials employed in its embassies in Kabul, Bangladesh has now denied the US request to shelter the refugees.  Earlier, Momen had said that Bangladesh would welcome any government in Afghanistan formed by the people of the country.

On August 16, Bangladesh’s Ministry of Foreign Affairs said in a statement that it considers the nation as a potential development partner and a friend of Afghanistan. It also stated that Bangladesh is willing to share its best practices with the South Asian country in a range of areas such as basic education, community health care, sanitation, human resources development, agriculture, climate change adaption. It also called on stakeholders in Afghanistan for maintaining peace and calm while also ensuring the safety of all Afghan nationals and foreign citizens.

Meanwhile, the United States President Joe Biden, who drew a flack for ramping up American troop withdrawal from Afghanistan paving way for the Taliban to gain ground, stood strong on his decision. He noted that the “vital interest” that the US had in Afghanistan was “preventing terrorist attack” and not “nation-building.” Critics of Biden have accused him of pushing the innocent Afghan nationals under Taliban control. However, he said, “Our mission in Afghanistan was never supposed to have been nation building.”

READ | Who is Zakia Khudadadi? All you need to know about Afghanistan's first female Paralympian

“We went to Afghanistan almost 20 years ago with clear goals: get those who attacked us on September 11th, 2001, and make sure al Qaeda could not use Afghanistan as a base from which to attack us again. We did that.  We severely degraded al Qaeda in Afghanistan. We never gave up the hunt for Osama bin Laden, and we got him.  That was a decade ago,” US President said.