As hundreds of Iraqis who failed to enter the EU returned home, Minsk informed that the makeshift migrant camp at the Belarus-Poland border has been cleared. 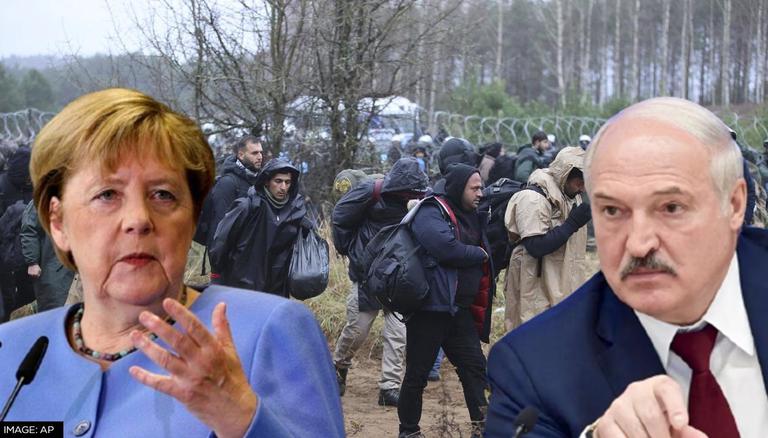 
As hundreds of Iraqis who failed to enter the European Union returned home, Belarus informed that the makeshift migrant camp at the Belarus-Poland border has been cleared. The latest development comes days after German Chancellor Angela Merkel spoke with Belarus President Alexander Lukashenko over the phone on two occasions.

In the telephone conversation that lasted about 50 minutes, Merkel and Lukashenko had exchanged views on solving the migrant problems. The two leaders had discussed ways to stop the escalation of the situation on the border and expressed views on providing humanitarian support to refugees. They had also agreed to keep in touch in order to resolve the situation.

Over 400 Iraqi citizens evacuated on Thursday

On Thursday, 18 November, the Belarusian border force announced that the migrant camp had been cleared, with its occupants relocated on a “voluntary basis” to a reception centre nearby where they were given hot food and warm clothes.

Belarus hastily cleared constructed makeshift migrant camps along the Kuznica border. In another potential sign of de-escalation, hundreds of Iraqis checked in at a Minsk airport to avail of outbound repatriation flights, the first since August. This comes as the Iraqi government began to repatriate citizens who requested to leave. Over 400 Iraqi citizens, who were transferred from Belarus' border to Minsk, were evacuated on an Iraqi Airways flight on Thursday, CNN reported, quoting a statement by the Iraqi Transportation Ministry.

While speaking to reporters, Lukashenko's spokeswoman Natalya Eismont said that there were about 7,000 migrants in the country, including those at the border. Eismont said that Belarus would take responsibility for sending around 5,000 of the migrants home if they want to. She also said that Merkel would negotiate with the EU on creating a humanitarian corridor to Germany.

Berlin has, however, denied any agreement with Lukashenko and said that it stands by its neighbour Poland. The migrant crisis on the Belarusian border with Latvia, Lithuania and Poland erupted on 8 November. Hundreds of individuals crossed the Belarusian-Polish border in a bid to seek asylum in Western Europe. The stranded migrants were reportedly living in brutal conditions in freezing cold, with some of them even going multiple days without food.

Amid the crisis, the EU and the US have issued fresh warnings and called on Lukashenko’s regime to “cease immediately its aggressive and exploitative campaign." US Secretary of State Antony Blinken told reporters that the US could add to sanctions already imposed on the nation. On the other hand, Ukraine informed that it will be constructing a border fence and ditches along its border with Belarus and said it will undertake military manoeuvres, to block any attempted migrant inflow.