Pit and Paule, the two 5 months old endangered panda twins have reportedly made their first public debut in front of the cameras in a zoo in Berlin, Germany. The pandas, born the first time in Germany were on a public view for the first time since their birth. The pandas, who also have a Chinese name are are Meng Xiang und Meng Yuan has been kept in a glass-enclosed space for the viewers to have a glimpse during a public premiere at the Zoo, suggest reports.

Born last year, in the month of August, the duo has been brought to Germany on load from China that funds the animal conservation activities. Their parents, mother Meng Meng and father Jiao Qing were also reportedly brought to Germany in 2017 as the family was put together. 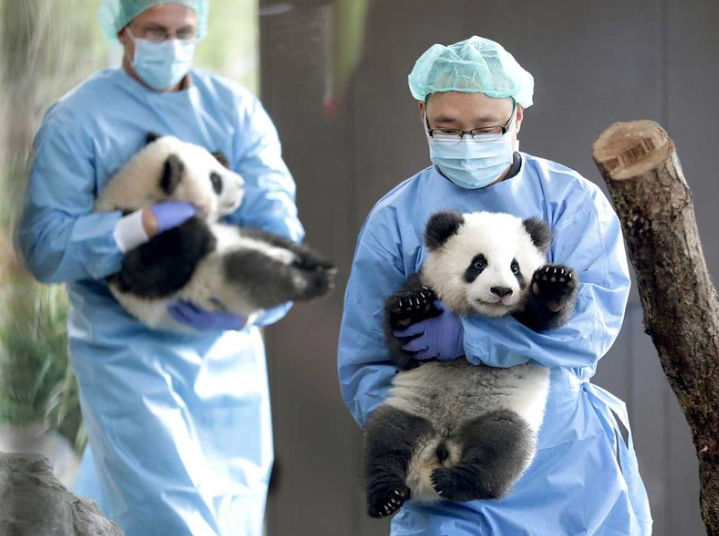 According to Zoo's website, “Pit (Meng Xiang) is laid-back, dreamy and always ready for a nap”, while his brother Paule (Meng Yuan) is 48 minutes younger to Pit, is renowned for his “mischievous and inquisitive nature”. Dr. Andreas Knieriem, the Tierpark Director told the media that he was indebted to the zoo authorities for their committed team of keepers, vets, and biologists who contributed to the successful breeding of these wonderful bears here at Zoo Berlin. 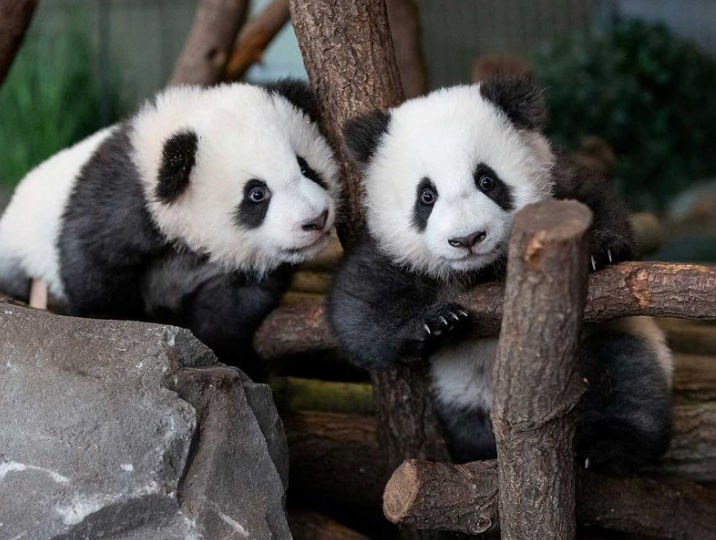 Father Jiao Qing is reportedly not as active as the panda mother in rearing and hanging out with the cubs. The authorities at the Zoo have been extra precautions about the living space of these newly born cubs, and according to the reports, the keepers remove any obstacles in the glass enclosing and filling the water basin timely to avoid any injuries to the cubs. It would reportedly the first time that the visitors will get an opportunity to see the panda cubs in the Berlin zoo.