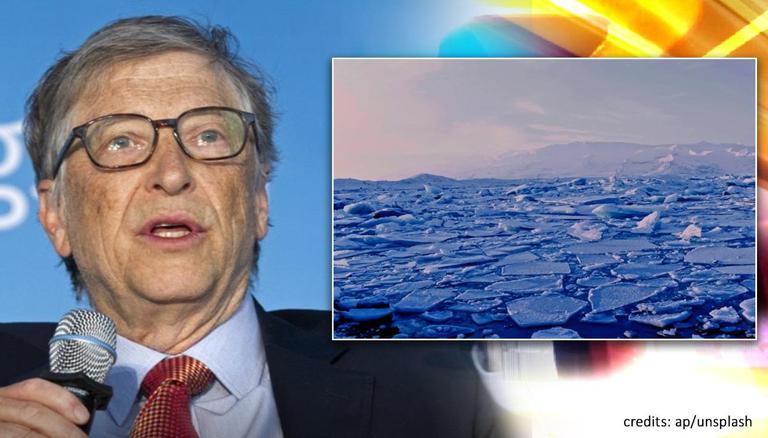 In a bid to reduce the hazardous impacts of global warming, a private donor-funded project, of which Bill Gates is a part, has been approved for this week which will send a gigantic balloon soaring into the atmosphere to spray tons of chalk dust. The geoengineering experiment will be done above the Swedish town of Kiruna. Implementing Gates’ controversial experiment of “deflecting the sun” by blocking its rays, authorities in the arctic town will “try to lower” the Earth’s temperature.

The balloon will be tasked with spreading the ubiquitous compound calcium carbonate all around the stratosphere to minimize greenhouse pollution and obstruct the sun's energy. The Stratospheric Controlled Perturbation Experiment (SCoPEx) is being spearheaded by Harvard University scientists, majorly supporters of the theory that the sun reflecting aerosol CaCo3 might counteract the increasing temperature of the habitable blue planet.

According to the sources of the UK’s The Times, Gates experiment has sparked arguments, debates, and an increase in speculations from politicians, who noted that a project of such a kind as ‘solar geoengineering’ will cause delay or totally stall plans of cutting emissions of greenhouse gases worldwide. Prof Keutsch, a researcher for Harvard’s Engineering and Atmospheric Science told the newspaper that the experiment to spew tonnes and tonnes of dust about 12 miles above Earth’s surface sounds “terrifying”. Besides, the dust is expected to form a blanket that will go on to act as sunshades bouncing the essential-for-all-lifeforms solar energy back into space.

READ | What is synthetic meat that Bill Gates is vouching for? Will it help fight climate change?

It’s deeply unfair that the people who contribute the least to climate change will suffer the worst from its effects: https://t.co/XciR3lIVzs pic.twitter.com/Y2do5GhsGx

The engineers have also lined up a separate implementation of Bill Gates proposed experiment to throw 2kg of calcium carbonate dust from the ballon about the size of a flour bag from the skies above the New Mexico desert, several local reports confirmed. This has triggered researchers worldwide, who have argued that Gates’ bizarre SCoPEx scheme might cause disastrous chemical chain reactions in the atmosphere, and trigger hurricanes and drought. Separately, in a statement to The National, Harvard scientist Prof David Keith said that the “solar geo-engineering” which will be conducted to test how dust particles will react to the CaCo3 will not be deemed as an alternative or substitute to cutting emissions.

WE RECOMMEND
'Makes it easy for me': Bill Gates reveals why he prefers Android over iPhone
'Inheritance for our children': South Korean food app CEO to donate half his wealth
Bill Gates predicts upcoming disasters, warns that millions face threats
Bill Gates warns next 4-6 months could be worst of pandemic despite vaccine progress
'What are these like?': Bill Gates compares people who avoid face masks to 'nudists'