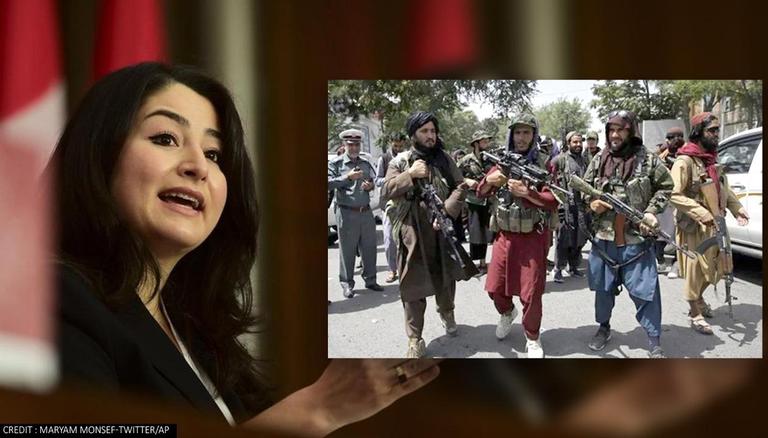 
Canada’s Liberal Party minister for Women and Gender Equality Maryam Monsef drew backlash against her for calling the extremist group, Taliban, 'brothers'. In an online press meeting, while talking about the Justin Trudeau-led government’s response to the crisis unfolding in Afghanistan, Monsef said that “'I want to take this opportunity to speak to our brothers, the Taliban, ensure the safe and secure passage of any individual in Afghanistan out of the country.''

After she faced criticizm for the remark, the Canadian minister issued a clarification later saying that it was a “cultural reference”. The short clip from the virtual meet exploded on social media with several internet users lambasting Monsef for calling the Taliban, who have now claimed hundreds of life as it marched to reconquer Afghanistan, “brothers.” Monsef is not only the first Afghan-Canadian member of the parliament in the history of Canada but she’s also the first Muslim ever to serve in the Federal Cabinet.

No one should be surprised that Maryam Monsef considers the Taliban ‘our brothers’. Her boss admires China’s dictatorship and Castro. He’s turning into a wannabe tyrant.

It’s just another proof that today’s woke Left has an authoritarian mindset.
pic.twitter.com/N2CysAgVMi

As reported by Globalnews.ca on Wednesday, Monsef said in her clarification, “There are terrorists taking over my beloved ancestral land...In terms of the terminology, if you go to masjids across the country, Muslims refer to each other as brothers and sisters, so, you know, rest assured I continue to believe deeply that the Taliban are a terrorist organization.” Notably, the Taliban is one among the several who are listed as terrorist entities according to the Canadian government.

Meanwhile, as the August 31 deadline closes in, Canada’s General Wayne Eyre, the country's acting chief of defence staff said on August 26 that the evacuation mission from Kabul airport has come to an end. He noted that around 3,700 people have been repatriated in Canadian military plans and expressed grief over the ones who the government could not remove from Afghanistan after the Taliban re-conquered the country after two decades.