“If Japan insists on putting its interests above public interest of international community and takes dangerous step, it will surely pay price," China asserted. 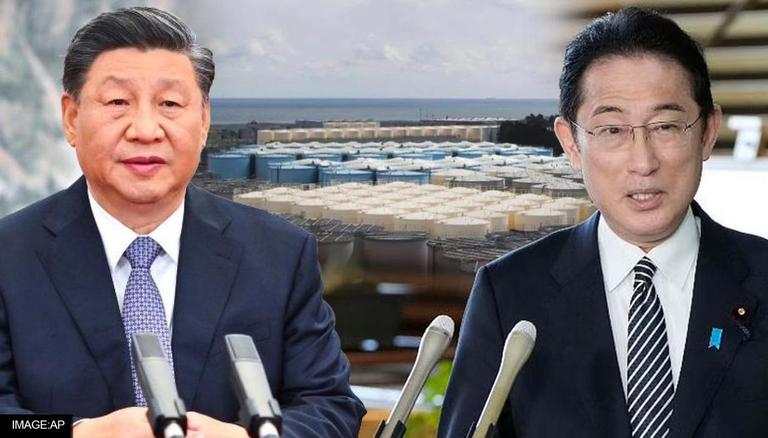 
China on Sunday warned Japan against its "extremely irresponsible" decision of dumping radioactive water from the stricken Fukushima nuclear plant into the sea. Japan’s Nuclear Regulation Authority (NRA) on Friday approved a controversial plan for the release of more than 1.3 million tonnes of contaminated water which was used to cool reactors in the aftermath of the 2011 nuclear disaster. Lambasting Japanese authorities for the disposal of radioactive water into the ocean and not caring about the "unpredictable consequences" for the environment, neighbour China furiously reminded Tokyo that endorsing such a plan implies harming the global marine environment, as well as the public health of Pacific-rim countries.

“The disposal of nuclear-contaminated water in Fukushima could affect the global marine environment and the public health of Pacific-rim countries. It is by no means a private matter for Japan,” Foreign Ministry Spokesperson Wang Wenbin said in response to Japan's decision at a presser.

“If Japan insists on putting its own interests above the public interest of the international community and insists on taking the dangerous step, it will surely pay the price for its irresponsible behavior and leave a stain in history,” Chinese MFA spokesperson Wang Wenbin added.

Fukushima Daiichi plant cooling systems incurred as many as three meltdowns as a 9.0-magnitude powerful earthquake hit Japan that triggered the devastating tsunami back in 2011. A large quantity of the radioactive water was disposed into the Pacific scrambling the population to evacuate along Japan’s east coast. Japan has since stored the contaminated water containing radioactive isotopes, mostly tritium in at least hundreds of tanks, also meanwhile, running out of space to contain it. Tokyo Electric Power Company Holdings (TEPCO), however, drafted a plan this week to discharge the water into the ocean, angering Chinese authorities who say that this misstep could cause massive damage to the seafood businesses and will subsequently nosedive the exports.

READ | Top US General Mark Milley: China more 'aggressive & dangerous' to US and its allies

In a statement to the plant operator TEPCO, the Japanese government said that it should “try to reduce the amount of water contaminated with radioactive materials and streamline work toward the discharge.” China now fears that Japan may accelerate the process, hastily, much earlier than April 2023. The plan has been denounced by South Korea, as well as the environmental activists but the United States, Tokyo's ally, believes that the approach is acceptable.