On Tuesday, 20-year-old Tony Chung became the youngest person in the world to be convicted under Hong Kong's National Security Law (NSL) 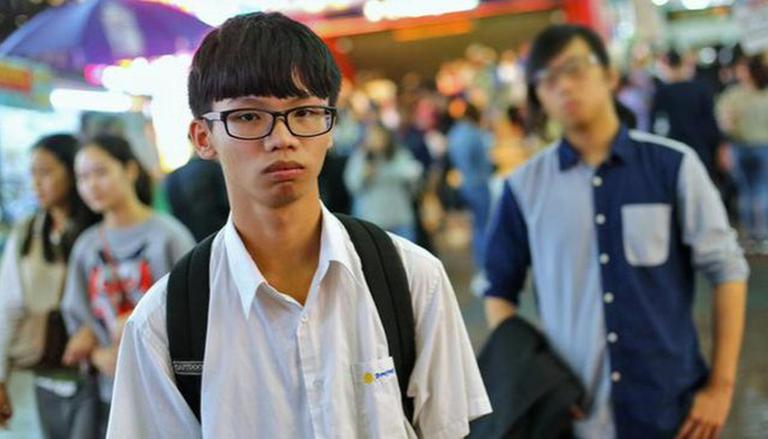 
On Tuesday, 20-year-old Tony Chung became the youngest person in the world to be convicted under Hong Kong's National Security Law (NSL). The student activist was sentenced to three years and seven months in prison after he pleaded guilty to charges of secession and money laundering. As many as 155 people have been arrested, 100 out of whom have been charged under the draconian law that was officially implemented in the city-state on June 30 last year, according to Hong Kong Free Press.

Tony Chung Hon-Lam is the founder and convenor of the localist student group-Studentlocalism-which have been outlawed by Hong Kong authorities. The pro-independence activist, along with two others, was arrested in October last year at a coffee shop outside the US Consulate while he was waiting for it to open. Whilst in detention, he was awarded a separate prison term of four months for allegedly insulting the "Chinese flag and unlawful assembly." Notably, people close to Chung has repeatedly said that he was seeking political asylum at the US consulate as he saw foresaw his detention.

What is Chung convicted of?

On November 3, the district criminal court convicted him for secession, social media posts and possessions of pro-independence materials-books, flags and t-shirts- which had been labelled illegal under the NSL. In addendum, he was also found guilty of money laundering after police discovered a Paypal account through which he had been receiving donations for his organisation. During his trial, Chung pleaded guilty to one count of secession and one count of money laundering saying, “I have no shame in my heart."

However, as a part of his bargain plea, judge Stanley Chan dropped a second money laundering charge as well as a sedation count, VOA reported on Wednesday. In another act of clemency, the judge also reduced his total sentence by 25% - bringing it to 40 months. Later, a report in the Guardian revealed a breakdown of his sentence-40 months for secession and 18 months for money laundering, which will be "mostly served concurrently for 43 months".

Beijing has been using a method of carrots and sticks for decades in a bid to coerce Hong Kong into complying with its ‘One country, Two systems’ policy. However, the Chinese Communist Party switched to pragmatic measures last year after it passed the draconian Hong Kong National Security law. The NSL consists of 66 articles that criminalise any act of secession (breaking away from the country), subversion (undermining the power or authority of the central government), terrorism -(using violence or intimidation against people) and collusion with foreign or external forces.