CIA Claims China Wants Its Military To Be Capable Enough To Seize Taiwan By 2027: Report 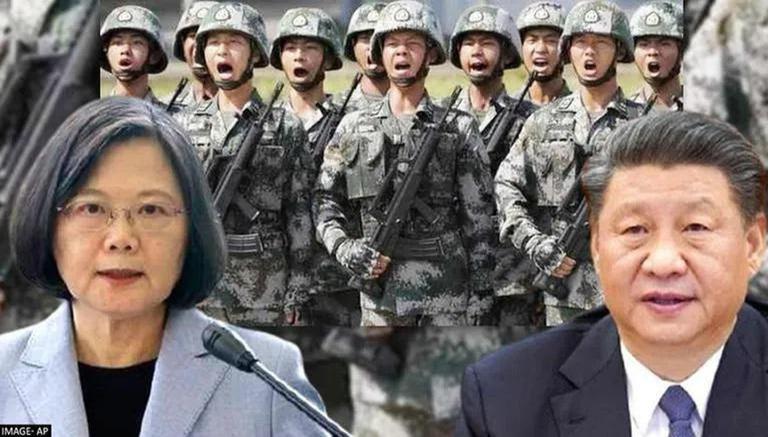 
Amid escalating tension in the Asia-Pacific region, David Cohen, the Deputy Director of the US Central Intelligence Agency (CIA) reportedly stated that Chinese President Xi Jinping wants his Armed Forces to be capable enough of capturing Taiwan by 2027. The CIA official also went on to say that the agency still hopes China would resort to a "peaceful reunification" with the island nation.

"He (Jinping) has not made the decision to do that, but he has asked his military to put him in a position where if that's what he wanted to do, he would be able to. It's still the assessment of the Intelligence Community as a whole that Jinping's interest in Taiwan is to get control through nonmilitary means," Cohen was quoted as saying by CNN. According to reports, Beijing has made it clear that it wants to "peacefully" reunite Taiwan with the Chinese mainland. The Chinese government reaffirmed its commitment to non-military tactics in a white paper that was released in August, but it also stated that it would keep the option open of taking all required steps.

Meanwhile, Taiwan has rejected the "one country, two systems" concept outlined in the white paper, declaring that only the people of the island have the right to determine their future. China has been outspoken regarding its intention relating to Taiwan and often expressed its displeasure over US’ interference on the issue. Meanwhile, Taiwan has made the decision to increase its defence budget by 15% in the upcoming year in order to boost its resilience. According to reports, Taiwan is also drawing up plans to defend the country from the actual threat posed by China's cyber operations.

China objects to US' interference in Taiwan issue

It should be mentioned here that the tension in the region has been growing since US House Speaker Nancy Pelosi visited Taiwan on August 2. China has repeatedly objected to US leaders' visits to Taiwan as Beijing asserts absolute sovereignty over Taipei, despite the island's self-government for more than seven decades. However, Taiwan has countered Chinese aggression by strengthening strategic ties with democracies, particularly the United States.

READ | Amid tensions with US, China's Xi says 'will not tolerate' any interference in Taiwan
READ | Taiwan describes ties between China & Russia as threat to 'international peace & freedom'
First Published: 17th September, 2022 15:08 IST
SUBSCRIBE TO US