Colombo Port City Project has been approved in haste by the Sri Lankan government to serve China's strategic interest in the island nation. 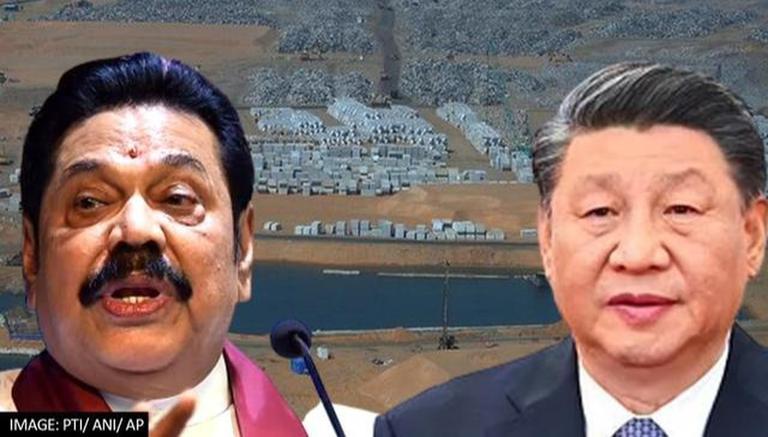 
In another proof against China's "luring policy" against other nations, a report revealed that the Colombo Port City Project was approved by the Sri Lankan authorities to serve Bejing's strategic interest. According to a report by Policy Research Group Strategic Insight (POREG), the approval of the Colombo Port City Project by the Mahinda Rajapaksa led-government amplifies the Communist party's motive to use its economic clout to use strategic ports of other countries. The report stressed that the Chinese government is targeting strategic nations, especially in South Asia.

Citing the report of Policy Research Group Strategic Insight, ANI said that the Colombo Port City Economic Commission (CPCEC) Bill was tabled in the Sri Lankan Parliament in April. Later, the Bill was passed through the Sri Lankan Supreme Court. At that time, the experts doubted the Sri Lankan Supreme Court's rapid consent of the Project. Notably, if the Apex court had not intervened, the Bill would have to be passed through a 2/3rd majority or a referendum in Parliament. While reacting to the recent revelation, experts believe that China has taken advantage of Sri Lanka's deep economic crisis.

What does the report say?

"China lured Sri Lanka with a fresh USD 500 million loan, the second tranche of USD 1 billion in 2020 as a part of the Post Covid package. The Covid package came after China's approval of a USD 1.5 billion currency swap with Sri Lanka. The above economic package enabled Sri Lanka to give sweeping powers to China to oversee the port city project," read the report released by Policy Research Group Strategic Insight. "About 70% of 85,000 permanent jobs in the Port City are meant for locals. China is likely to offer to train them in China, and accordingly, manipulate them to serve its interest," added the report. "China may even manipulate regional currency/money markets in Port City," said the report.

READ | China protests passage of US destroyer through Taiwan Strait

The Policy Research Group noted that the Port City Development Project is an extension of Beijing's 'Strings of Pearl' strategy in the Indian Ocean in order to counter India's growing influence in the wider Indo-Pacific and beyond.

Further, the researchers highlighted that as a part of the 'Strings of Pearl' strategy, China has helped Pakistan to build a deep-sea port in the town of Gwadar in Balochistan. "Beijing is courting littoral states in the Indian Ocean such as the Maldives, Mauritius and Seychelles through the economic package," noted the researchers.