WHO) cannot compel China to divulge more data on the origins of COVID-19, said a top WHO official on Monday, as per an Al Jazeera report. 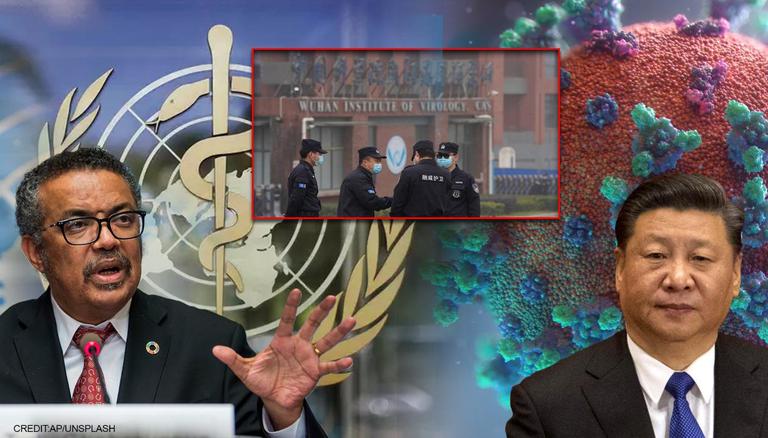 
The World Health Organization (WHO) cannot compel China to divulge more data on the origins of COVID-19, said a top WHO official on Monday. Meanwhile, he expected full 'cooperation' from member states.

As per reports, Director of the agency's emergency programme Mike Ryan at a news conference said, "WHO doesn't have the power to compel anyone in this regard." He added, "We fully expect cooperation, input, and support of all of our member states in that endeavour."

He also proposed that studies are needed to take understanding of where the virus emerged to the "next level".

Since the COVID-19 pandemic began, claims, dismissed as a conspiracy theory, have also emerged that the novel coronavirus might have accidentally leaked from the laboratory where the scientists were working on the pathogen. However, many scientists have insisted that the virus migrated naturally from animals to humans. The conspiracy theory proponents are the fact that the Wuhan Institute of Virology (WIV) had been studying the coronaviruses in bats for more than ten years. It is located just a few miles away from the Huanan wet market, which is also one of the earliest known clusters of COVID-19 in China.

Countries bat for a deeper probe into COVID origin

US Secretary of State Antony Blinken on Sunday renewed his calls for a stronger health security system into the origin of SARS-CoV-2 beyond the ‘patient zero’ as he asked China to cooperate in the “deeper” global investigation on the origin of the disease that has claimed 3,745,282 lives worldwide. Blinken told, "Axios on HBO” that the Biden administration is “determined to get to the bottom" of COVID-19's origins, and will hold China accountable. The US secretary of state condemned PRC for not giving the world and the US “transparency” it needs, or total access for international inspectors and experts and real-time data sharing. "That has to happen," Blinken said.

A few days ago, former British intelligence service or MI6 chief Sir Richard Dearlove had also alleged that evidence of a novel coronavirus leak from Wuhan lab that could be the origin of the COVID-19 pandemic would have been destroyed by Chinese officials.

Meanwhile, the British intelligence services reportedly believe that it is “feasible” that the pandemic began after the COVID-19 virus leaked from a lab in Wuhan. According to Sunday Times, the UK agents are investigating a possible leak from the WIV. Even though British, American, and other western intelligence agencies had appeared to discount the possibility of a lab leak, they now said that there has been a reassessment and further deemed the possibility as “feasible”.

Meanwhile, British Professor Angus Dalgleish and Norwegian scientist Dr. Birger Sørensen in their new research said the Chinese scientists inside the Wuhan lab were “altering” the naturally occurring viruses to make them more virulent then test their potential effects on humans. They covered their tracks via “retro-engineering” of the virus versions, to make it appear it evolved from an animal. The soon-to-be-released report will be published in the scientific journal Quarterly Review of Biophysics Discovery (QRB) discovery.