COVID-19: Vietnam To Mix Pfizer, AstraZeneca Doses As WHO Warns Against 'dangerous Trend'

The Vietnam govt announced that it will offer the COVID-19 vaccine developed by Pfizer as a second dose option for people first inoculated AstraZeneca vaccine. 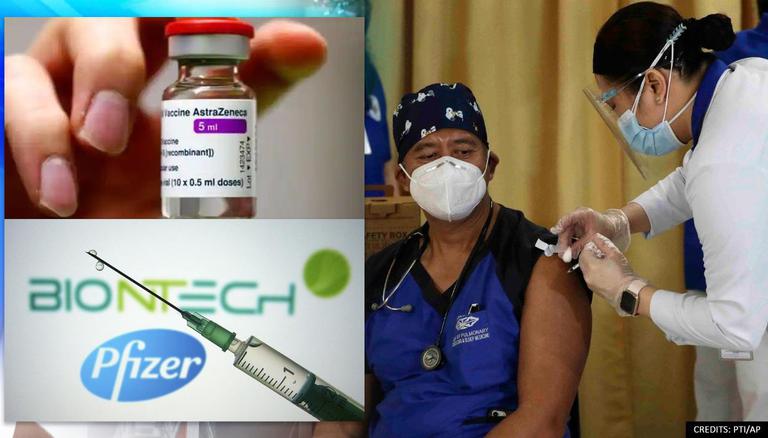 
The Vietnam government on July 13 announced that it will offer the COVID-19 vaccine developed by Pfizer as a second dose option for people first inoculated with the AstraZeneca vaccine. So far, Vietnam has reportedly fully inoculated less than 300,000 people, with the mass vaccination campaign still in its early stages. The country has been using AstraZeneca viral vector vaccine and it took delivery of 970,000 doses of the Pfizer-BioNTech mRNA shot.

The government on Tuesday announced, “Pfizer vaccines will now be prioritised for people who were given the first shot of AstraZeneca 8-12 weeks before”.

Countries including Canada, Spain and Soth Korea have already approved such does-mixing mainly due to concerns about rare and potentially fatal blood clots linked to the AstraZeneca vaccine. A Spanish study has also found that the Pfizer-AstraZeneca combination was highly safe and effective, according to preliminary results. However, the World Health Organization’s chief scientist has advised against mixing and matching the COVID-19 vaccine. The UN health agency said that mixing vaccines is a “dangerous trend” since there was little data available about the health impact.

Thailand to mix AstraZeneca with Sinovac

Meanwhile, Vietnam’s announcement comes after Thailand said that it would start administering shots of AstraZeneca’s viral vector vaccine followed by Sinovac’s coronavirus vaccine. Thai Health Minister Anutin Charnvirakul told reporters on July 12 that if the plan is implemented, it would mark the first publicly announced mix and match of Chinese vaccine and a Western-developed shot. The lawmaker also revealed that the notable move is to increase the protection against the highly transmissible variants.

Referring to the coronavirus variant first detected in Indonesia, Charnvirakul told the reporters that the vaccine cocktail will be administrated on Thai people to “improve protection against the Delta variant and build a high level of immunity against the disease".