Cranes Return To Ireland After 300 Years, Maybe Key To Revival Of Species

A pair of cranes has been nesting in a rewetted bog in Midlands in Central Ireland. The bird had become extinct but they have been spotted in the recent years. 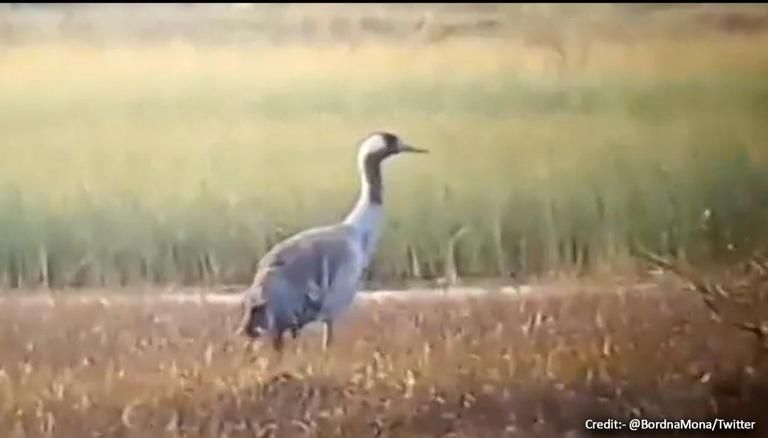 
A pair of cranes has been nesting in a rewetted bog in Midlands in Central Ireland. The bird had become extinct since the 1700s but they have been sighted in the sky in recent years, reported The Irish Times. The birds were spotted nesting in Ireland for the first time in over 300 years during this time.

The exact location of the bird has been kept secret to protect the bird as two previous breeding attempts were unsuccessful in 2019 and 2020. The cranes were spotted on land belonging to Bord na Mona, a company known for extracting peat fuel from bogs in the region. Cranes are part of the history and culture of the country. Adult cranes are 4 feet tall and can have a wingspan of more than 7 feet and were even kept as pets during medieval times.

In what is a sighting of particular significance, we recently recorded a pair of Cranes nesting at a site on a rewetted bog. If they successfully breed, they will be the first Common Cranes to do so in Ireland in 300 years.

Mark McCorry, Bord na Mona’s lead ecologist said that it takes a long time for a pair of common cranes to successfully breed and the sighting of a bird is very significant, reported The Irish Times. He further said that they have not only seen the birds nesting in Ireland for the first time in 300 years but they are hopeful that the bird would yield the first crane born hereafter centuries. He said that the birds have been spotted in Ireland during winter but they have not been spotted during the breeding season.

McCorry said that the bird has featured in folklore and many stories have been written around them. He said that the bird was kept as a pet in Ireland but they were also a popular food item for people at that time. The foxes would easily capture crane and there was draining of wetlands that led to the extinction of birds. Oonagh Duggan, Birdwatch Ireland spokeswoman said that it was exciting to think that cranes may naturally return to Ireland.