The internal documents obtained by Danish Radio suggests that at least 27 heavily armoured military vehicles were left in Afghanistan during Denmark's exit. 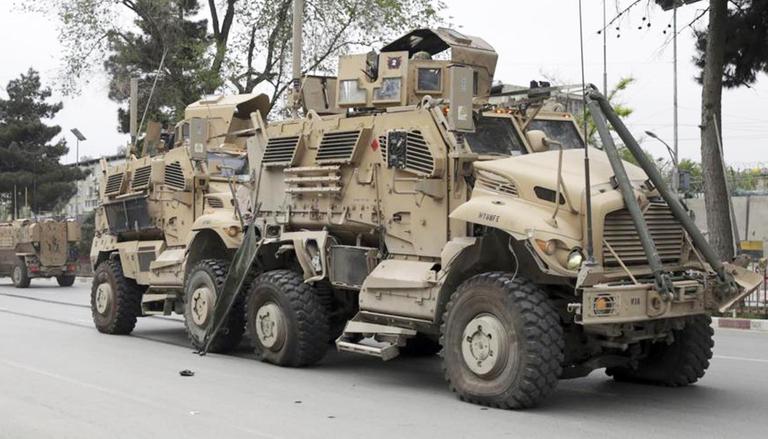 
The internal documents obtained by Danish Radio suggests that at least 27 heavily armoured military vehicles were left in Afghanistan during Denmark's exit from the war-torn country, which may give the Taliban an advantage. In 2014, the Danish mission in Afghanistan leased Mine Resistant Ambush Protected (MRAP) vehicles from the United States to provide mobility, protection and fighting power. The vehicles were designed specifically for counter-insurgency operations in cities and are bomb-resistant. A machine gun can also be put on the roof of the cars, which is covered by a spinning tower.

The armoured vehicles were employed by the Danish escort and emergency services until the end of May this year. The trucks were returned to Kabul 10 weeks before the Taliban took control of the capital and the Western coalition began a frantic retreat, according to Sputnik. The abandonment plainly contradicts the Danish Armed Forces' slogan "Leave nothing to the enemy," which is depicted in a video by the Danish Armed Forces.

Armoured vehicles weigh up to 18 tonnes

The armoured vehicles, which can weigh up to 18 tonnes, might provide the Taliban with a military advantage in Afghanistan's internal power battles, according to experts. A soldier characterised them as "damn nice cars that can take a battering" in a 2016 video posted on the Danish military's Facebook page. Hans Peter Michaelsen, a fellow defence researcher, believes the vehicles could be useful for transporting fighters safely through shelling and roadside bombs.

According to Peter Viggo Jakobsen, a Danish author, abandoned cars fit a trend in which Denmark shifted responsibility for inflamed situations to other countries. As per the reports of Sputnik, he said that they witnessed this in Iraq, where a ploy was constructed so that Denmark would not be held liable if the captives suffered harm.

Denmark no longer bears legal responsibility for the armoured vehicles

Experts claim that Denmark no longer bears legal responsibility for the armoured vehicles, even if they are deployed in a future civil war in Afghanistan, as per the reports of Sputnik. The Danish military presence in Afghanistan spans over two decades, with the first Danish troops arriving in 2002 and reaching a peak of 760 men. The Danish mission has cost millions of kroner and resulted in 43 deaths and over 210 injured.

READ | Lennon interview, songs, up for auction in Denmark