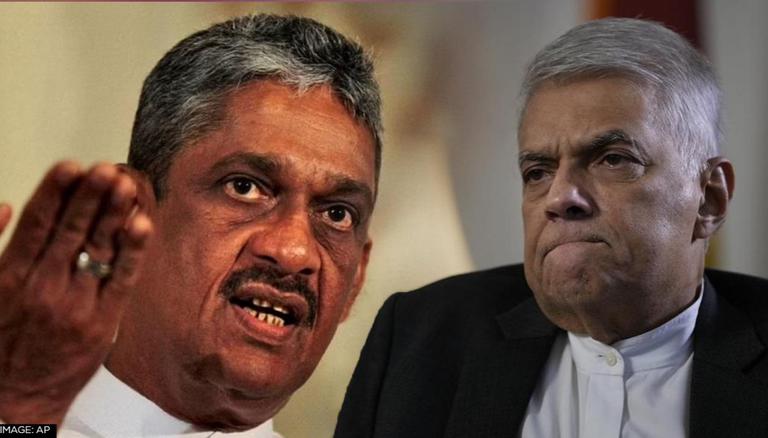 
Colombo, Jul 13 (PTI) Sri Lanka’s former Army chief and Member of Parliament Field Marshal Sarath Fonseka on Wednesday urged the country’s armed forces to not take orders from the acting President Ranil Wickremesinghe as directives issued by him were “against the Constitution.” Sri Lanka's embattled President Gotabaya Rajapaksa fled to the Maldives on a military jet on Wednesday morning, hours before he was supposed to quit in the face of a public revolt against his government for mishandling the economy that has bankrupted the country.

From the Maldives, Rajapaksa appointed Prime Minister Wickremesinghe as the acting President, citing Article 37(1) of the Constitution that allows a premier to "discharge the powers, duties and functions of the office of president" when the president is ill or "absent" from the country.

“Ranil Wickremesinghe has identified himself as the acting President and the directives issued by such a person are against the Constitution,” Fonseka said in a statement.

Sri Lanka is witnessing an escalating political crisis and a fresh wave of protests triggered by the fleeing of embattled President Rajapaksa from the country.

Defying the emergency, thousands of protesters waving Lankan flags surrounded the building of the Prime Minister's Office earlier in the day.

The police fired tear gas on protesters who broke through a barricade and stormed the prime minister's office, calling for his resignation as well as that of the president.

Fonseka, 71, also appealed to the armed forces to refrain from using their weapons against innocent and unarmed citizens and instead use them against corrupt politicians.

Fonseka was the 18th Commander of the Sri Lankan Army, and it was under his leadership that the three-decades long civil war ended in 2009 following the defeat of the Liberation Tigers of Tamil Eelam (LTTE).

He also briefly served as the Chief of the Defence Staff.