The European Union is reportedly spending €8 million (Rs 64,58,84,554.88) to construct a secure bunker in Brussels where leaders can hold a meeting in secrecy. 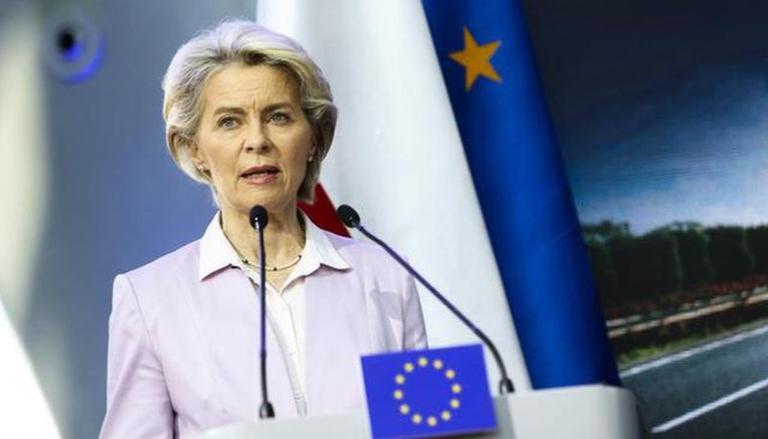 
The European Union is reportedly spending €8 million (over Rs 64 crore) to construct a secure bunker in Brussels where leaders can hold a meeting in secrecy. The decision to build a bunker has been taken to discuss secrets "without Russian or other eavesdroppers," EU observer reported claiming to have seen an EU memo describing the project. The bunker will be constructed within the European Council’s complex in Brussels by 2024. The chamber will be built to host about 100 people comprising up to 34 leaders, their note-takers as well as protocol, technical and catering staff.

The meeting room will be offline and it will have big-screen conferencing technology and microphones wired to secure booths for 30 interpreters. The meeting room and booths will be enclosed in a "NATO certified insulation cage" to prevent the risk of "exploitation of compromising emanations" which includes electro-magnetic and radio waves generated by IT screens and wires which can be remotely intercepted, EUobserver reported. The people who seek to enter the room need to have "SECRET EU" security clearance, the bloc's second-highest level of classification and "need-to-know" reason. In addition, they also need to keep their mobile phones, laptops, smart watches, electronic key fobs and hearing aid in soundproof lockers outside the room.

The meeting room will also be used by ambassadors and senior EU officials for lower-level meetings. The bunker will be swept before and after the meetings to "locate and neutralise any eavesdropping device." Furthermore, any new furniture or equipment that will be placed in the meeting room will go through a technical security counter-measures inspection, as per the EUobserver report. According to the EU memo, all the measures need to be taken to ensure that no one smuggles in listening devices. The decision comes after Russia's invasion of Ukraine and amid plans of the bloc to create a joint armed force along with North Atlantic Treaty Organisation (NATO). Earlier in April, two Russian signals specialists were expelled among 39 other spies who were reportedly working as diplomats in the Belgian embassy and consulates, as per the news report.

Earlier in April, the European Union announced that 19 Russian diplomats to the EU in Brussels have been declared personae non-gratae for engaging in activities contrary to their diplomatic status. According to the statement released by European Union, the bloc has taken the decision in response to the "illegal and disruptive actions by designated members of the Russian Mission against the interests and security of the EU and its Members States." The EU noted that Russia's action breached the 1961 Vienna Convention on Diplomatic relations.

READ | More than 323 million people are on brink of starvation due to Russia, says EU's Borrell
READ | EU, US urge North Macedonia to move forward on EU bid
First Published: 10th July, 2022 18:11 IST
SUBSCRIBE TO US