UN leaders stated in their declaration that the organisations can now assist in the fight against child poverty, starvation, and malnutrition in all aspects. 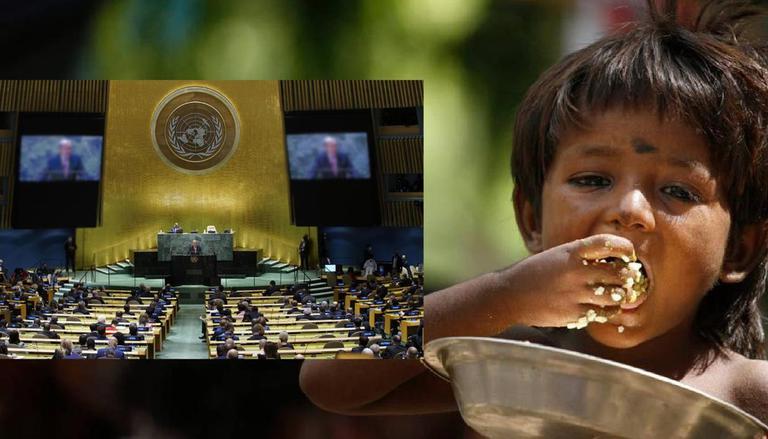 
Five agencies of the United Nations organisations have placed their full support for a worldwide alliance to enhance the nourishment, health, as well as education of school-going children throughout the world. As per a UN report, the Food and Agriculture Organization (FAO), the UN Educational, Scientific and Cultural Organization (UNESCO), the UN Children's Fund (UNICEF), the World Food Programme (WFP), as well as the World Health Organization (WHO) have signed a joint declaration statement on Tuesday, November 16, pledging their support for the School Meals Coalition.

This Joint declaration aims to provide a nutritious meal in school to each and every child in need by the year 2030. The School Meals Coalition is headed by France and Finland, which has promised to implement "smart" school meal initiatives, that will mix normal school meals with supplementary health and nutrition intervention to support children's physical as well as intellectual growth.

Further, UN leaders stated in their declaration that the organisations can now assist in the fight against child poverty, starvation, and malnutrition in all aspects. This initiative will encourage youngsters to attend school and boost their education as well as their long-term health and well-being, as per a UN report. They have also noted that the school meals might act as "springboards" for food system reform.

The leaders highlighted that not only the school children will be benefitted from this, but they may also employ locally farmed food to assist local as well as national markets and food systems. This would improve prospects for smallholder farmers and local catering enterprises, several of which are managed by women. Additionally, these initiatives can help achieve nearly seven of the Sustainable Development Goals (SDGs).

The WFP Executive Director David Beasley stated the School Meals Coalition has the capacity to assist nations in recovering from the COVID-19 issue. He went on to say, “School feeding programs can get children back in school, fix the damage done to their education, create jobs locally and enable smallholder farmers to earn a sustainable living to feed their families,” as per UN report. Beasley has even praised French President Emmanuel Macron for initiating this coalition program.

READ | US: Over 140,000 children lost parents or caregivers during COVID pandemic, says Study

Thank you, @EmmanuelMacron for your leadership and dynamic support. We are thrilled to join you and so many partners to launch the @SchoolMeals_ Coalition today. Now, let’s get to work and make sure that every child has a healthy, nutritious school meal! https://t.co/oM33XBC4Ic

Furthermore, the five UN organisations will give a specific set of expertise to the School Meals Coalition program, which comprises over 50 partners ranging from non-governmental organisations (NGOs) to civil society and foundations. It will operate to re-establish meals in schools and many health and nutrition programs that existed prior to the COVID-19 outbreak, which has pledged to reach an additional 73 million school children who have not been covered prior to the pandemic and to develop food quality standards that are linked to local food production.

The UN organisations have even agreed to assist governments in achieving the coalition's aims by contributing technical and operational assistance when needed, as well as appealing for financing and improved statistics on the effects of school health and nutrition initiatives. As per the UN report, over 150 million children throughout the world are still living in hunger and lack access to basic health and nutrition services.