From Lockdown To Normalcy, Timeline Of Coronavirus Outbreak In Wuhan

The World Health Organisation declared pandemic, the coronavirus outbreak has now spread to at least 195 countries but it had originated in China’s Wuhan.

The World Health Organisation declared pandemic, the coronavirus outbreak has now spread to at least 195 countries but it had originated in China’s Hubei province’s capital, Wuhan. As the provincial government has now declared after facing several months of the crisis, that on April 8, the lockdown will be lifted with the number of reported cases dropped to zero this month for the first time since December 2019. Here’s the timeline of Wuhan, the virus-hit region’s journey through the COVID-19 outbreak

After witnessing peculiar forms of pneumonia among patients for several weeks, it was only on December 31 when Chinese authorities first alerted the United Nations health agency. Mainly concentrated to the port city in the central Hubei province with a population of 11 million, an unknown virus at the time started causing several diseases among people who worked at city’s Huanan Seafood Wholesale Market which was then shut down on January 1. Till then the number of infections had reportedly exceeded 40.

According to reports, WHO named the novel virus as 2019-nCoV on January 7, just days after the Chinese medical officials ruled out the possibility that the pathogen was not SARS or MERS. It was identified that the virus had remained unknown previously and the authorities had started a retrospective probe into the sudden outbreak.

The Wuhan Municipal Health Commission announced its first death caused by the coronavirus of a 61-year-old man who was exposed to the pathogen at the seafood market who had died of respiratory failure caused by severe pneumonia.

After the United States confirmed the first case of coronavirus on January 21, the authorities in Wuhan said that it will close “temporarily” its airport and railway stations for departing passengers. This was when the death toll of the fatal pathogen had risen to 17 and had infected more than 540 infections in the mainland.

The China Association of Travel Services reported that all tours, including the international ones, will be suspended. Meanwhile, the number of cities in Hubei under lockdown rose to 13 and disrupted the life of 41 million people.

Travel restrictions were further intensified on five more cities in Hubei and took the overall number of people who were affected to 56 million.

WHO declared the global health emergency when the death toll had reached 170 in China with more than 7,700 reported cases of coronavirus which had spread to its all 31 provinces.

While the deaths in China rose to 1,016 with more than 42,000 confirmed infections, WHO announced that the new virus would be called ‘COVID-19’. 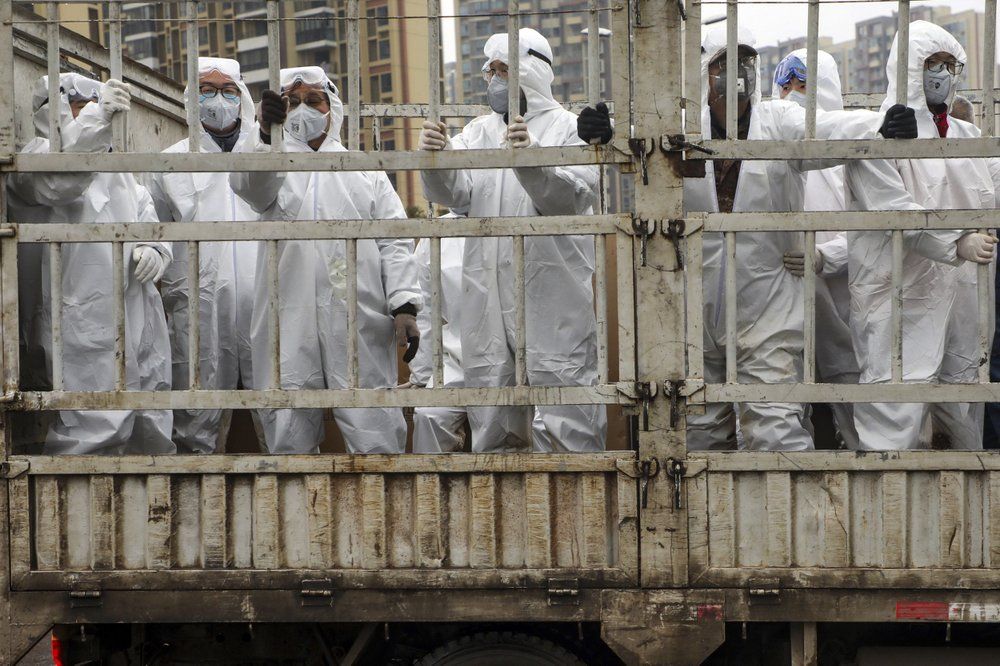 The daily infection figures had dropped below 2,000 for the first time since January while the country’s health commission reported 72,436 infections on the mainland and 1,868 deaths.

On March 12, while the global death toll crossed 4,600 with infections exceeding 126,100 cases. Meanwhile, China reported 15 new cases, its lowest number since the daily reporting on infections began seven weeks ago.

On March 19, Italy overtook China as the country with the most coronavirus-related deaths, registering 3,405 dead compared to 3,245 in China.

March 20: No local cases in China

While coronavirus-related deaths surged past 10,000 globally, no new domestic cases were reported for the second day in row and concerns remained about infected people flying into the country and importing a second wave of the disease.

While the rest of the world is still rocked with the coronavirus outbreak, its epicentre, China’s Hubei province has now said that it will allow transportation to resume for the Wuhan city on April 8. Marking the lifting of the lockdowns that were imposed on the city in December 2019 after the fatal COVID-19 reportedly originated from China’s animal market. The virus outbreak has now claimed over 16,500 lives out of which more than 3,200 were reported only from the mainland.

After being under strict isolation for nearly two months in the wake of an unprecedented outbreak of deadly coronavirus, people in China have started posting pictures on social media showing that the “life is now back on track”.

Life in China (or at least in Beijing) is definitely reviving. I decided to do my food shopping today around the evening rush hour to see how busy things were. The picture on the left is in Gulou and on the right near Sanlitun. I’d say that with a few exceptions things are... pic.twitter.com/NfIKKMT6W9

Life in China right now! People out and about. Workers giving out pick-me-ups. Public messages. At the park to get outdoors (quarantine over, but masks are still worn to and from!). Starbucks maintaining distance and checking temperatures. #COVID19 #coronavirus #PositiveVibes pic.twitter.com/8VQ0VPB38O