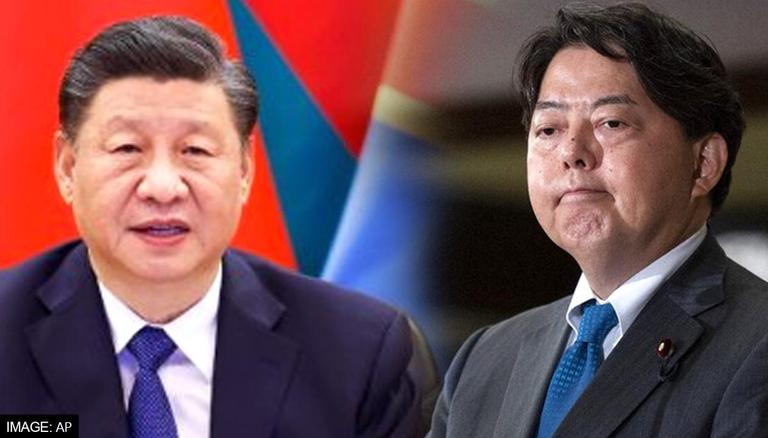 
Japanese Foreign Minister Yoshimasa Hayashi stated on December 11, that Tokyo aims to push China to act responsibly in the East and South China Seas, Hong Kong, and the Xinjiang Uyghur Autonomous Region. Hayashi was speaking during the first session of the G7 foreign ministers' meeting, which began on Saturday in the English city of Liverpool. The first session concentrated on China, Russia, and other regional issues.

Whereas, according to Kyodo News, Japanese Foreign Minister Yoshimasa Hayashi and his Australian colleague Marise Payne have promised to promote Quad security cooperation, which also includes the United States and India, in response to China's growing assertiveness in the Indo-Pacific area and South China sea.

Japan-Australia to ramp up Quad Co-operation

According to the Japanese Foreign Ministry, Hayashi and Payne agreed on December 11 in Liverpool, England, to elevate the two nations' special strategic collaboration to a higher level as part of efforts to establish a free and open Indo-Pacific. They emphasised the importance of a contract struck by Japan, Australia, and the United States, as well as Micronesia, Nauru, and Kiribati, to create a new underwater cable to increase internet coverage to the three Pacific islands nations, according to the ministry.

Moreover, Hayashi stated that Japan opposes China's unilateral moves to alter the status quo in the East and South China Seas. According to NHK World, he stated that Japan is likewise deeply concerned about the human rights crises in Hong Kong and the Xinjiang Uyghur Autonomous Region. The ministers also discussed the diplomatic boycott of the 2022 Winter Olympics in Beijing.

India, Australia and South Korea are taking part in the 2-day meeting, According to NHK World, members of the Association of Southeast Asian Nations are also taking part in some of the talks. The participants want to prepare a document outlining the outcomes of their discussions on security and human rights issues, as well as their plans to combat the COVID-19 pandemic.

Furthermore, to fight China's growing assertiveness in the Indo-Pacific area and North Korea's nuclear and missile threats, Japanese Foreign Minister Yoshimasa Hayashi and his US counterpart Antony Blinken agreed on Saturday to boost their countries' alliance's deterrent and response capabilities.