A satiric parade of the world leaders was reportedly held at the traditional Mainz carnival celebration in Cologne, Western Germany. The participants flashed humorous and vibrant floats of the world leaders that included British PM Boris Johnson and the US President Donald Trump in the colourful procession.

According to the reports, the carnival dubbed as the fifth season of the year  was held this year in Mainz, Cologne and Duesseldorf, the three prominent cities of Germany situated along the river Rhine. Germans travelled several kilometres across the cities, as they made merry with brass bands and dancing groups. Check out some of the compelling floats from the parade. 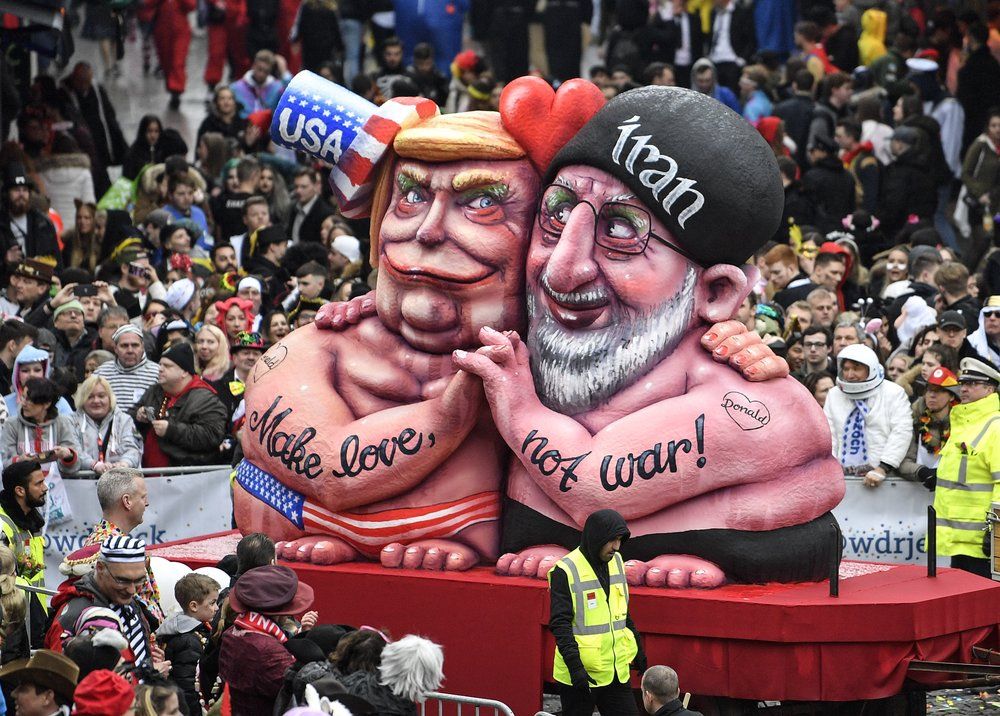 A carnival float that depicts a carnival virus laughing at a coronavirus during the traditional parade. 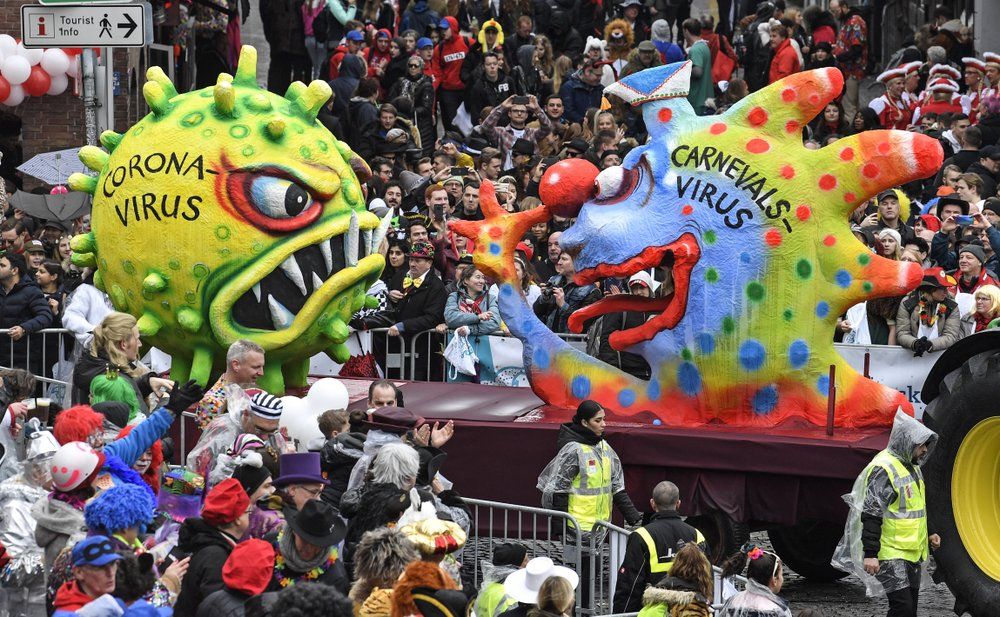 A carnival float features Germany regional leader Bjoern Hoecke, who called Berlin’s memorial dedicated to the victims of Nazi Holocaust a “monument of shame'. He can be seen giving a Nazi salute, with his outstretched stiff arm. 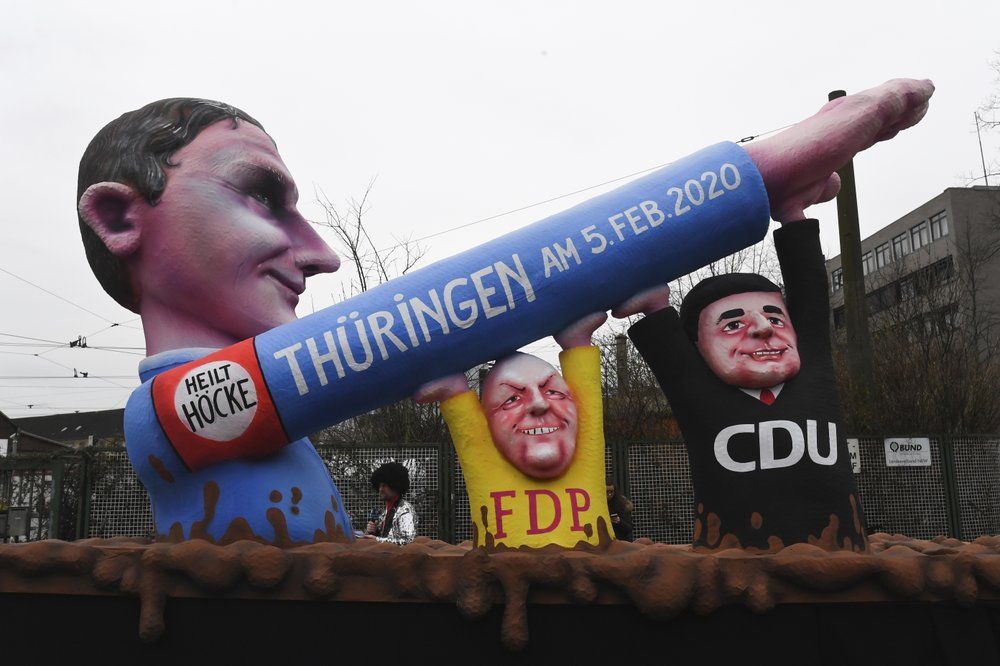 Driver Peter Zuber rides on the Schiltach during the Da-Bach-na ride as part of the carnival in Rottweil, Germany. 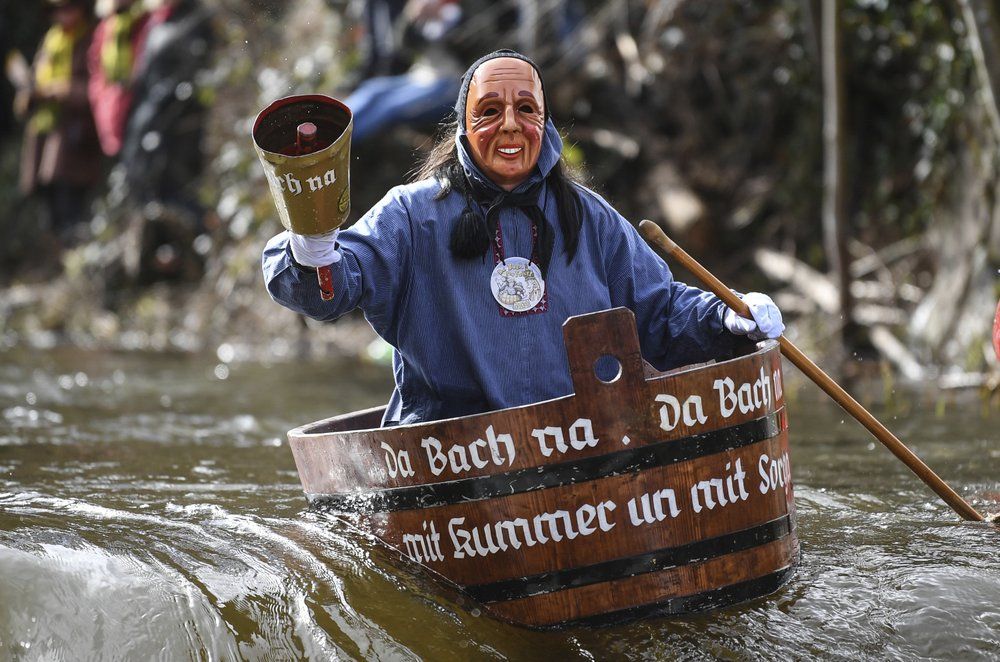 A carnival float depicts a burning kangaroo, reading 'Australia is everywhere' during the traditional carnival parade in Duesseldorf, Germany. 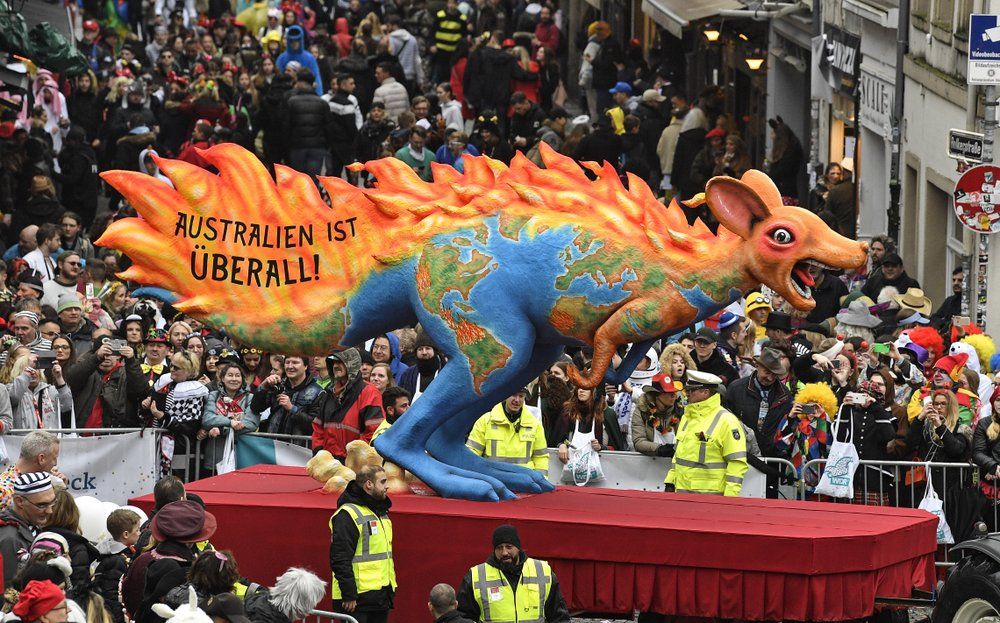 A carnival float depicts the candidates for the chairman of Merkel's Christian Democratic Union, CDU, during the traditional carnival parade in Duesseldorf, Germany. 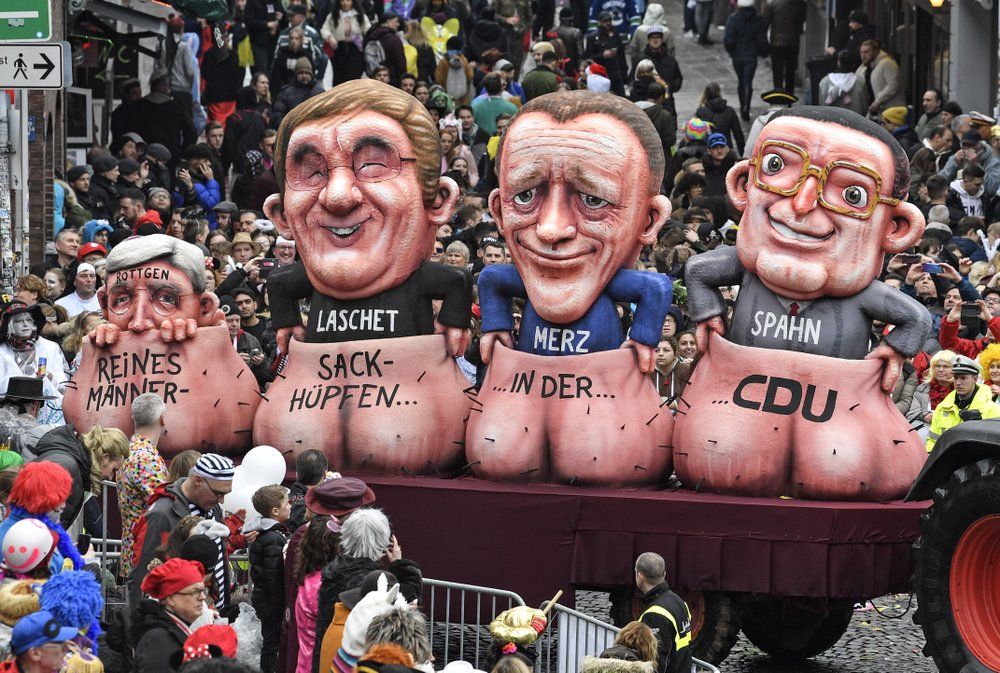 A colourful float depicting US President Donald Trump as Emperor Nero is part of the traditional carnival parade in Mainz, Germany. 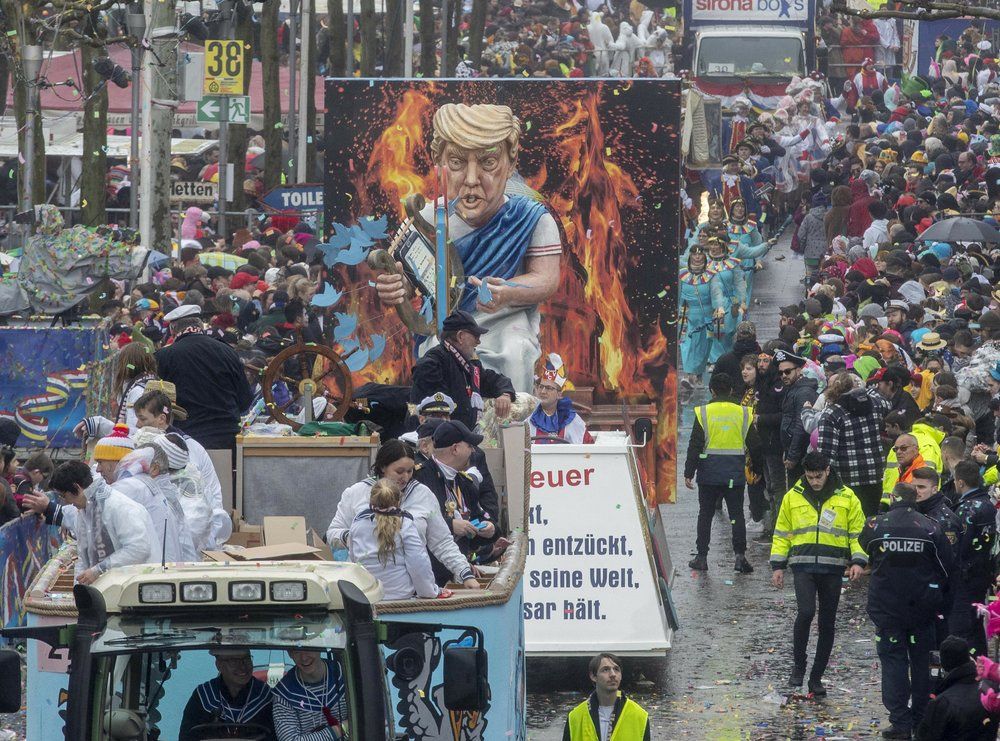 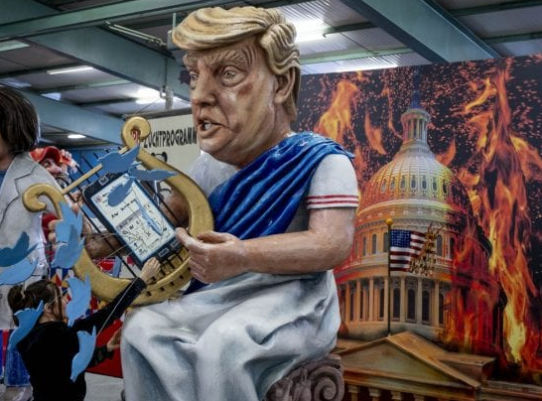 British Prime Minister Boris Johnson, right, and the Queen Elizabeth II are shown during a press preview for the Mainz carnival, in Mainz, Germany. 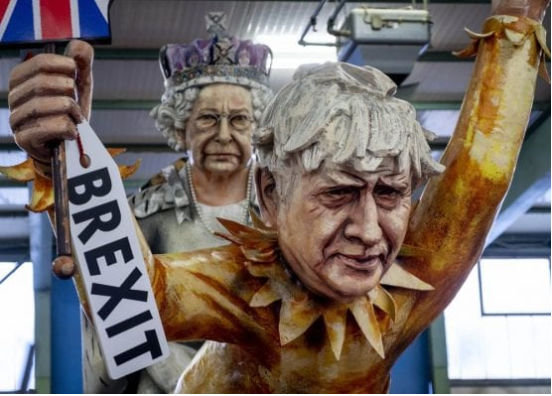 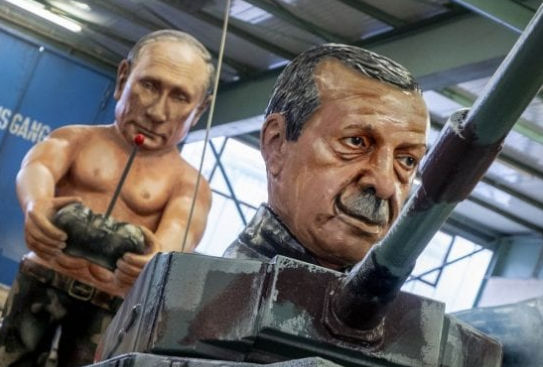 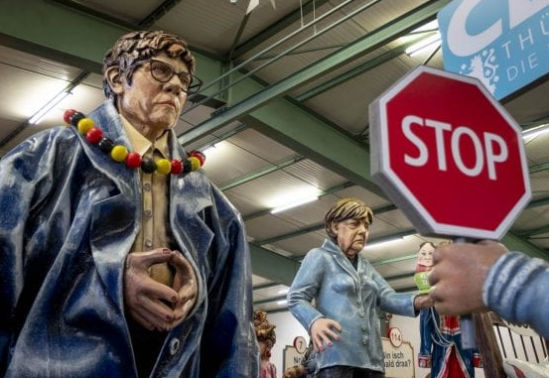