At least six people have lost their lives in a shooting in the southern German town of Rot am See on January 24, and suspect arrested, as per the reports.

At least six people have lost their lives in a shooting in southern German town of Rot am See on January 24, according to the reports. The national media of Germany has reported that six people have died in the shooting. A police spokesperson told the media that many people had been injured. The spokesperson added that suspected gunman had been arrested and taken into police custody and said that a personal motive must be there behind the attack. 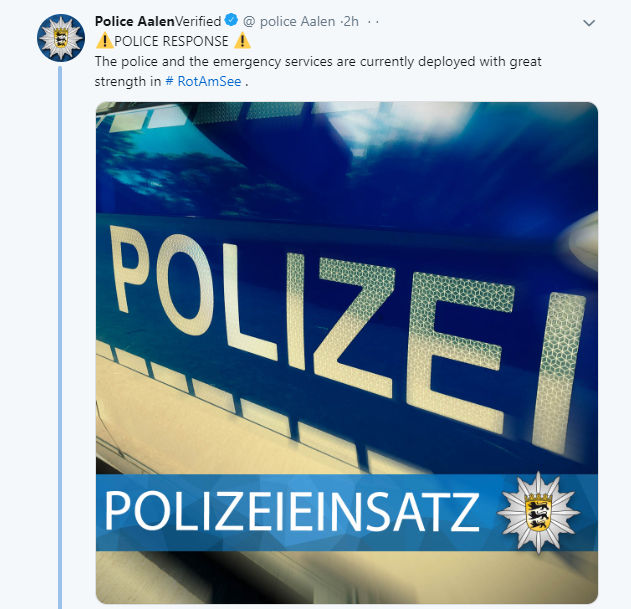 The suspects and victims are believed to have known each other. The incident happened at 12:45 pm German local time and the situation is now said to be under control.

German news agency dpa reports that six people were killed and several injured in a shooting. A police spokesman says a suspect was arrested. Initial information suggested the suspect and one or more of the victims knew each other. https://t.co/EXG8NUde7P