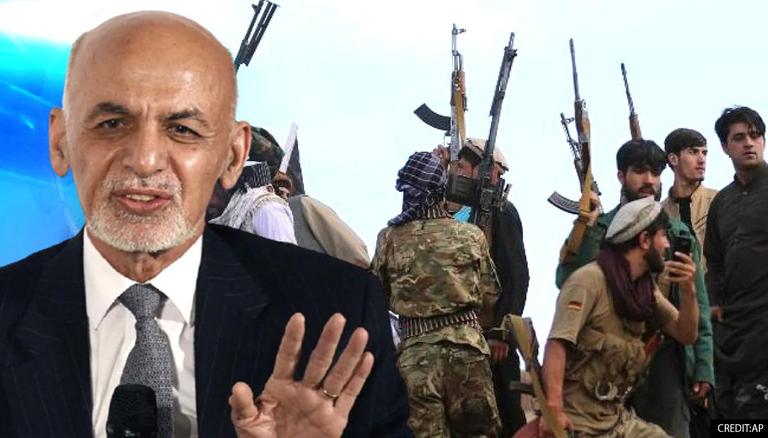 
As the crisis continues in the war-torn nation, Afghan President Ashraf Ghani reportedly flew to the besieged northern city of Mazar-i-Sharif on August 11 to stir the country’s hard-pressed forces in the face of the Taliban’s rage. As of Wednesday, the insurgent group has taken over more than a quarter of the country’s provincial capitals in less than a week while the US troop withdrawal is ongoing. As per the report, Ghani arrived in Mazar as the Taliban captured Faizabad overnight and conquered the ninth city to be overrun since Friday.

According to the statement released by the palace, Ghani plans “to check the general security in the northern zone.” The Afghan President is likely to meet with Mazar’s long-time strongman Atta Mohammad Noor and infamous warlord Abdul Rashid Dostum. He would reportedly exchange ideas about the security of the city as the Taliban made advancements to its outskirts.

If the extremist group successfully captures Mazar, it would lead to devastating effects for the Afghan government while indicating the complete collapse of its control in the north. Several hours before Ghani arrived, the official social media accounts of the government posted pictures showing Dostum boarding a plane in Kabul with a contingent of commandos, on their way to Mazar.

US Stays Firm On Decision To Withdraw Troops

Meanwhile, as the Taliban is gaining ground in Afghanistan, the US said it’s “their struggle” standing firm on the withdrawal of its troops from Afghanistan even as the Taliban continues to make swift gains in the war-stricken country. While US President Joe Biden has ordered forces to pull out by August 31, the Taliban’s advances in Afghanistan now include six provincial capitals. Laurel Miller, who was the US special representative for Afghanistan and Pakistan until 2017, reportedly acknowledged that the US had expected the pace at which the insurgent group is gaining ground and said, “The decision to withdraw was made in the full knowledge that what we are seeing happen now was likely to happen.”

While even Afghan President Ashraf Ghani had indicated that the “sudden” US troop withdrawal had caused the crisis in the country, Pentagon spokesperson John Kirby said in a press conference that the United States is “deeply concerned” with the situation but added, “this is their struggle.”