The explosion occurred after a truck carrying gasoline overturned late Monday in the coastal city of Cap-Haitien. Over 60 people were killed in the accident. 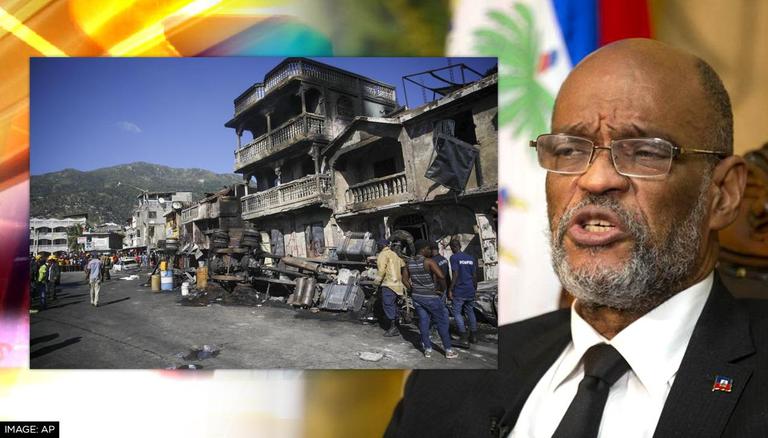 
Over 60 people were killed after a fuel tanker toppled and exploded in northern Haiti, according to the nation's health ministry. The explosion occurred after a truck carrying gasoline overturned late Monday in the coastal city of Cap-Haitien. Soon after the incident, nearby hospital was swamped with the injured, and it asked the government for basic medical supplies and extra medical personnel assistance, according to the Associated Press.

Following the tragic incident, Prime Minister Ariel Henry has declared three days of mourning, saying that the whole Caribbean nation was in grief. Further, on Tuesday, he posted on Twitter, "I learned, with desolation and emotion, the sad news of the explosion last night in Cap-Haïtien." 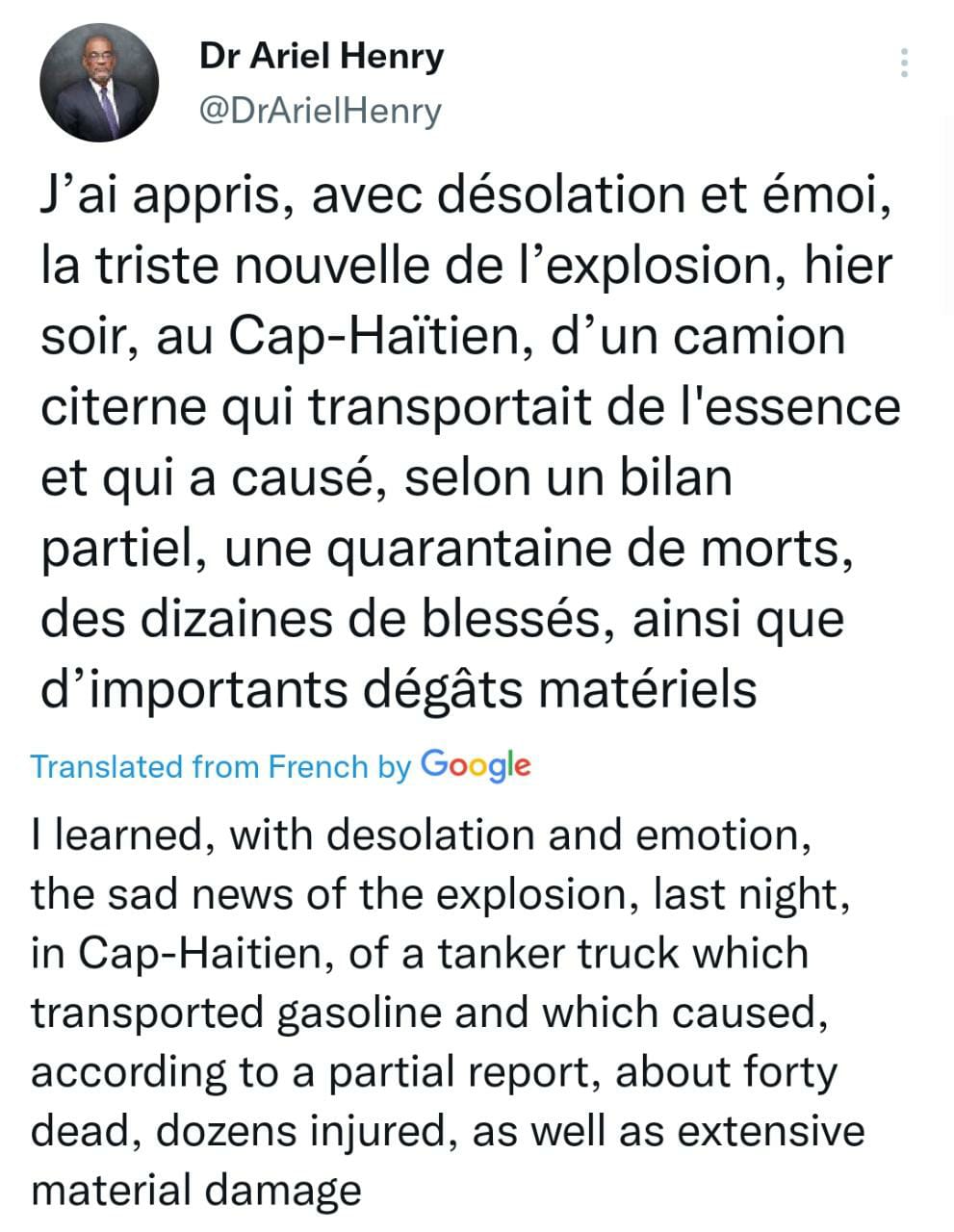 As per BBC, the blast has injured numerous people, and local physicians warned that the number of deaths might increase. To assist those impacted, the government announced the establishment of field hospitals in the region, and Prime Minister Ariel Henry went to the site on Tuesday and he was joined by physicians and health professionals.

During an interview with the Associated Press, Dave Larose, a civil engineer in Cap-Haitien said that dozens of dead bodies were lying around the explosion scene, and some residents were using buckets to collect gasoline from the truck and the road to take it to their houses.

Furthermore, Patrick Almonor, deputy mayor of Cap-Haitien stated that Haitians are now grieving the killing in the tragic accident, which officials suspect has happened when the gas tanker overturned which was apparently trying to avoid collision with a motorcycle. According to him, the explosion that destroyed roughly 20 residences near the location resulted in more than 100 injuries. He predicted that the number of fatalities will continue to rise since persons who died at home had yet to be counted. “It’s horrible what happened. We lost so many lives,” AP reported while quoting Patrick Almonor.

The explosion took place during the time when Haiti grappled with a serious fuel shortage and skyrocketing gas prices that have forced hospitals to turn away patients, compelled gas stations, schools, as well as businesses to close temporarily.