Historic Nuremberg Trials Began On This Day In 1945, Read More About Military Tribunals

Marking the birth of a new era of International law including the offence of war criminals, the Nuremberg trials began on this day, November 20, 1945.

Marking the birth of a new era of International law, the Nuremberg trials began on this day in 1945. Nearly six months after Nazi Germany had surrendered, the Nuremberg Palace of Justice was filled with most nefarious figures of the 20th century including Hermann Goering, Rudolf Hess, Joachim von Ribbentrop and 18 other high-ranking Nazis who were declared war criminals, a charge that did not exist before November 20, 1945. The proceedings that took place 75 years ago were groundbreaking in holding government leaders individually responsible for prevailing unrest and death of millions of innocent citizens. 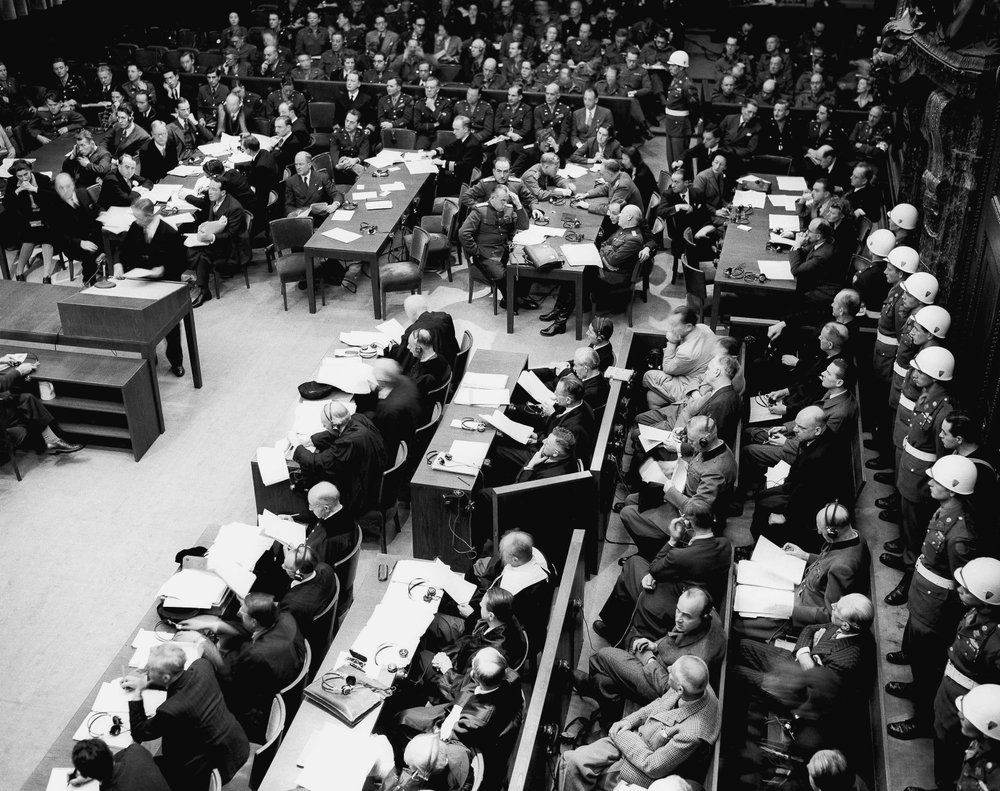 Military police line the courtroom during the first-morning session

The significance of this day in global politics is not only confined to the establishment of the offence of war crimes but also to the introduction of the charges for crimes that threaten peace, the legacies of which are practised till date at International Criminal Court.

Nuremberg was also the city where the infamous leader Adolf Hitler reviewed torchlight Nazi party rallies and promulgated the race laws in 1935 that eventually led to Holocaust, one of the greatest crimes against humanity when Jews were systematically murdered in concentration camps. The historic trials took place against Hermann Goering, Rudolf Hess, Joachim von Ribbentrop along with 18 other high-ranking Nazis. 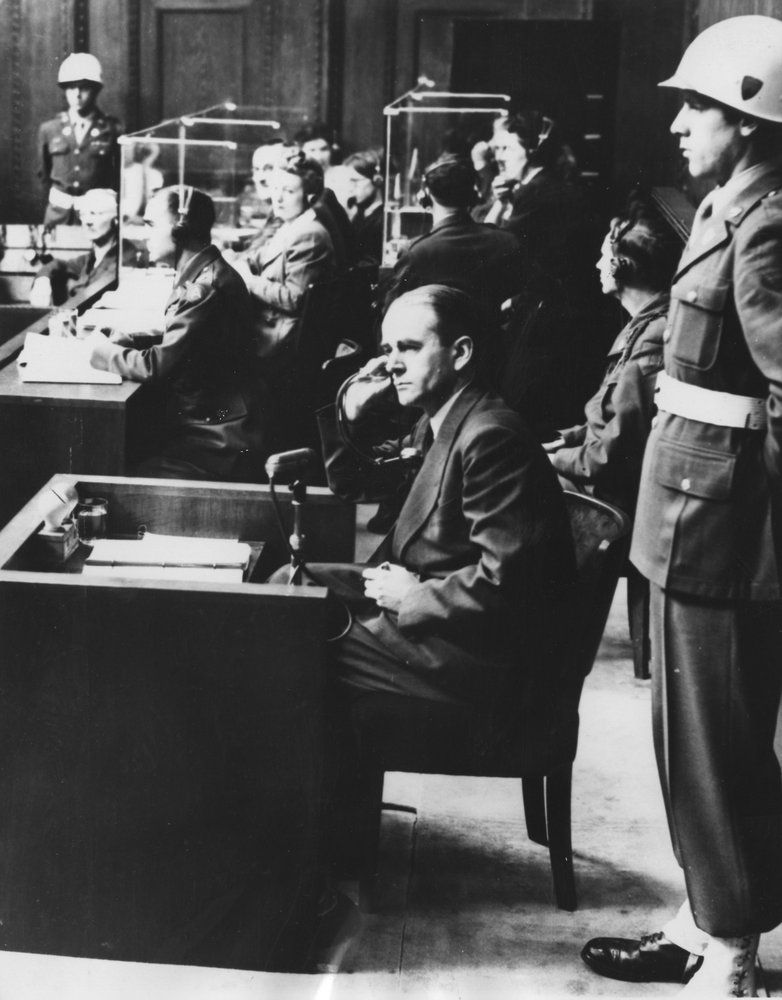 Albert Speer, Hitler's former architect and armament minister during WW II, a defendant in the war crimes trial at Nuremberg.

Testimonies were heard over 218 days

Taking place in one of the few buildings that were undamaged after Allied bombings, the testimonies for Nuremberg trials were heard for 218 days, as per the Associated Press report. During this time, the testimonies of hundreds of witnesses were heard including Rudolf Hoess, the Auschwitz death camp commandant, who “reacted to the order to slaughter human beings as he would have to an order to fell trees.” 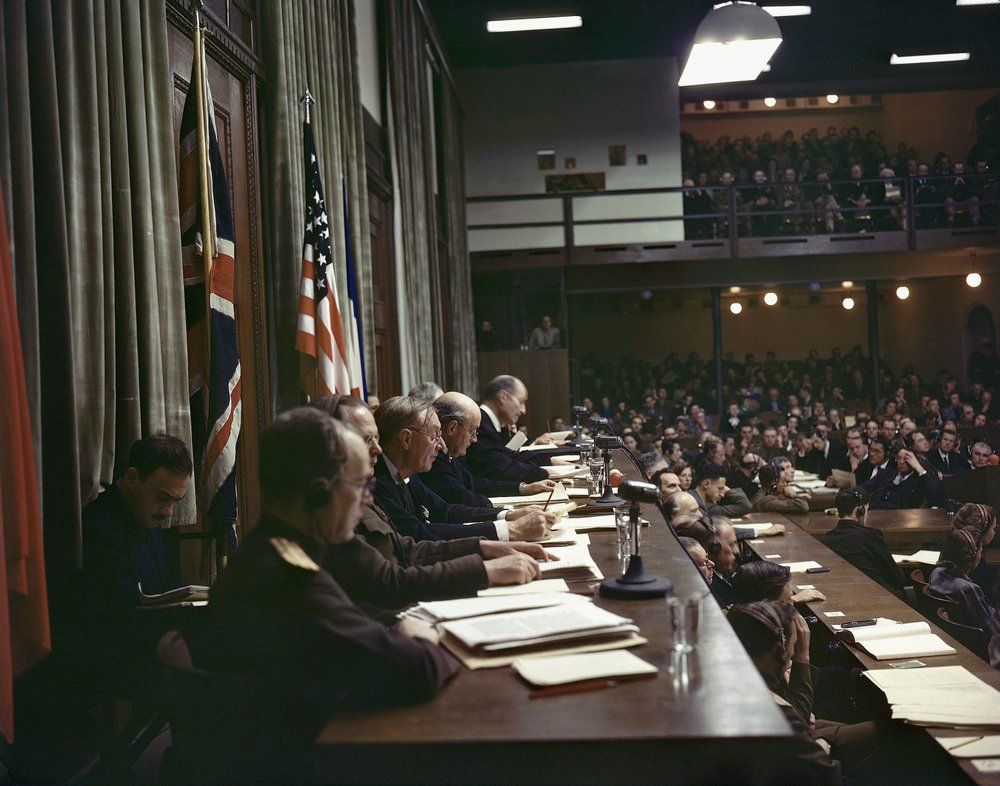 Members of the International Military Tribunal read the verdicts in the courtroom of the Palace of Justice in Nuremberg, Germany

Apart from Hoess, the chief United States prosecutor Robert Jackson and his colleagues had their own versions of the wrongdoings of Nazis while presenting a range of documents that laid “bare the workings of the German conspiracy”. Following the Nuremberg trials, Hitler’s air force chief and the right-hand man during World War II, Goering was sentenced to death along with 11 others including Hitler’s deputy, Martin Bormann on October 1, 1946. 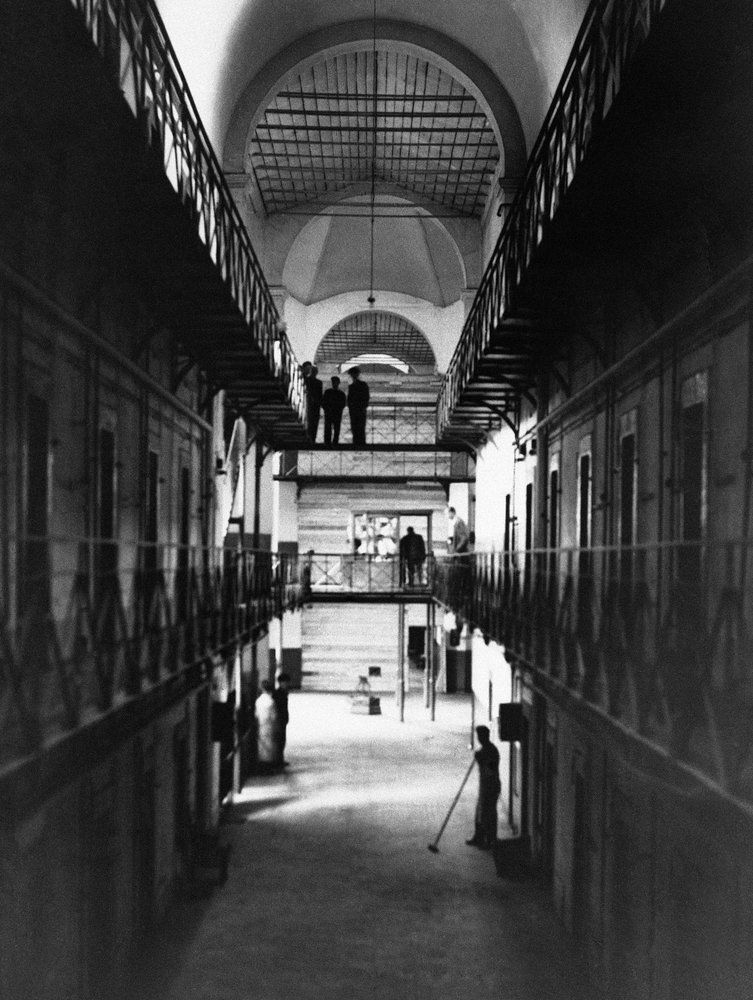 Cellblock in the Nuremberg prison that housed the war criminals

Bormann was tried in absentia but is now known to have died in 1945 while attempting to flee the Soviets. Further, seven others were given long prison sentences but three were acquitted. While Goering committed suicide by swallowing poison in the cell just a night before the execution, 15 days later the judgement was announced, the condemned were hanged. One of the last surviving witnesses of the trial that took place 75 years ago, Emilio DiPalma died in 2020 with COVID-19 related complications.

“To this day, I can hardly believe that any human being could do such cruel things to another,” DiPalma wrote in his memoirs.

(Credits for ALL images: AP)