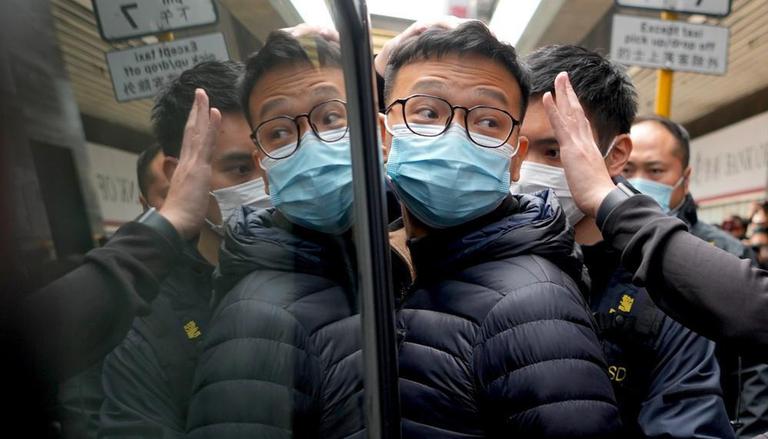 
Two former editors from a Hong Kong online pro-democracy news outlet were charged under anti-sedition law and denied bail on Thursday. In the clampdown on lastly critical voices in Hong Kong, the police raided Stand News offices on Wednesday and arrested seven former and current journalists forcing the online media outlet to shut down. According to a Hong Kong Free Press report, the city’s court ordered the two veteran journalists, Chung Pui-kuen, 52, and Patrick Lam, 34, to remain in custody after they were officially charged with conspiring to publish “seditious publications”.

It is to note that Chung was now-defunct Stand News’ former editor in chief and Lam had recently stepped down as the acting chief editor of the independent news source.  While Chung was brought to West Kowloon Magistrates’ Courts on Thursday after being detained overnight, Lam did not make an appearance due to health reasons, stated HKFP. They are among the seven people arrested by Hong Kong national security police on suspicion of violating the Crimes Ordinance of the colonial era.

Other arrested journalists were released on police bail without charge and these included prominent barrister Margaret Ng, Cantopop singer Denise Ho, Christine Fang and Chow Tat-chi, who were former directors of Stand News.

As per the report, Chung’s wife, Chan Pui-man, who is a former senior executive of Apple Daily, was also arrested while in custody pending trial in a separate national security law case. IT is to note here that  Apple Daily, founded in 1995 and the "last pro-democracy" paper in Hong Kong, was forced to shut down earlier this year after more than 500 police officers raided its newsroom and arrested executives.

HKFP cited other media reports to state that police has even issued an arrest warrant for Tony Tsoi who is one of the founders of Stand News and is based abroad.

Chun and Lam are accused of conspiring together

HKFP cited the police charge sheet to state that Best Pencil (Hong Kong) Limited, which owns Stand News, along with Chung and Lam are accused of conspiring together and with other people to publish or reproduce the seditious publication.

The published materials were said to have an intention of fueling hatred or contempt or to excite disaffection against the central authorities or the Hong Kong Special Administrative Region (HKSAR) government. As per the report, in refusing bail to Chung and Lam, the Acting Chief Magistrate Peter Law said that he was not satisfied to believe that both veteran journalists would cease to commit ‘acts endangering national security if bail was extended.’