At a news briefing, Hong Kong Chief executive Carrie Lam said: “If we use compulsory vaccination, we will face a series of problems, including legal problems.” 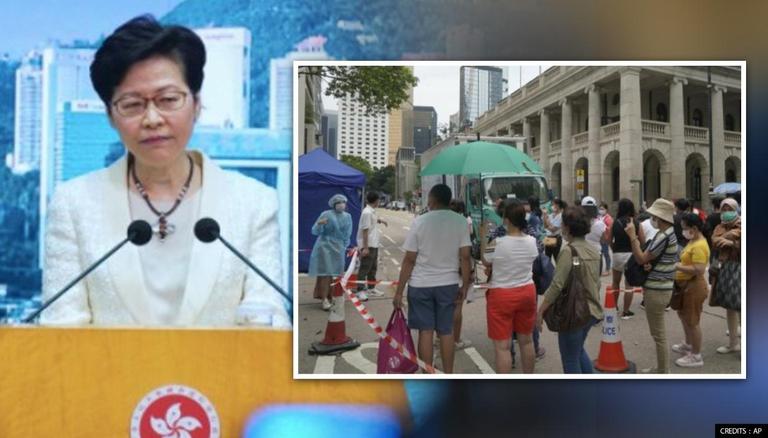 
Hong Kong on Tuesday scrapped the plan of mandatory vaccination of all the foreign domestic workers after diplomatic outcry and condemnation from all quarters. Health authorities had earlier introduced the regulations for the compulsory inoculation of more than 370,000 domestic workers in the city, mostly from the Philippines and Indonesia, CNA reported. The government planned to jab everyone that sought to apply for work visas in Hong Kong or apply for renewal with the two-dose regime of the COVID-19 vaccine. However, due to mounting criticism mainly from the Philippines government, Hong Kong Chief Executive Carrie Lam backpacked on the orders saying that such a requirement will no longer be applied.

Lam had introduced the policy to curb the spread of the new variants within the city but immediately drew criticism over the “discriminatory” regulation as the city has registered only 12,000 total cases since the pandemic hit. Hong Kong’s nearly 370,000 overseas workers within Hong Kong account for about 5 percent of the population. Earlier the Philippines Foreign affairs secretary Teodoro Locsin Jnr lambasted the Kong Kong government saying that the mandatory vaccination for all domestic workers was an announcement that “smacks of discrimination”.

The move was condemned by the Filipino labour groups as Lam justified the protocol saying that the foreign domestic helper's jab is being mandated as a “precaution”. Later Lam announced to the press that the plan was dropped as officials assessed public health needs and there have been potential legal issues. She urged all employers to test the workers with PCR tests before reporting to work to stem any chances of COVID-19 outbreaks. Last week, Hong Kong health officials relaxed the COVID-19 curbs across the city, including the social distancing measures. In a phased reopening the autonomous city resumed the operations of the bars and nightclubs, extending dining hours and allowing more diners per table, given that the customers and venue staff have been vaccinated.