Meng Wanzhou was detained in Canada in December 2018 at the behest of the United States government. She was accused of deceiving British banking giant HSBC 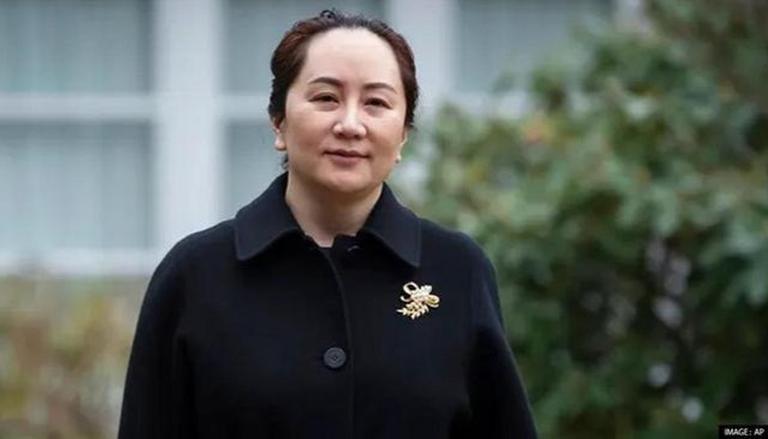 
Chinese tech giant Huawei's chief financial officer Meng Wanzhou, who was detained in Canada on fraud accusations levelled in the United States, was freed on Friday after reaching an agreement with US prosecutors.

Meng Wanzhou, who is also the daughter of Huawei founder and chief executive Ren Zhengfei, was detained in December 2018 at the behest of the United States on fraud allegations.

'Every cloud has a silver lining': Meng Wanzhou

After being released from Canadian custody, Meng told reporters that her life has been flipped upside down for the past three years and as a mother, wife, and business leader, it was a challenging time for her, but she believes that every cloud has a silver lining, Politico reported.

Following the trial, Canada's Justice Department issued a statement stating that Meng has now the liberty to leave the nation. Meng is accused of deceiving British banking giant HSBC about the actual nature of Huawei's business with Skycom, placing the bank in jeopardy of breaking US sanctions against Iran.

Chinese group's CFO admits to a 'statement of facts'

The agreement which helped in Wanzhou's release was that it will enable her to officially deny guilt on crucial counts while simultaneously admitting the Americans' claims. Canadian prosecutors informed a Vancouver judge later on Friday that they had dropped their attempts to extradite her to the United States and that she will be released from custody. For over three years, she was confined under home arrest in her multimillion-dollar Vancouver mansion.

As part of the agreement, the Chinese group's CFO admitted to a "statement of facts" acknowledging that she intentionally made false claims and statements to HSBC. The US Department of Justice revealed that Meng had accepted responsibility for her primary role in orchestrating a plan to defraud a multinational financial institution. The Department of Justice also stated that it was working to prepare for Wanzhou's trial.

WE RECOMMEND
China might gain leverage amid waning US presence in Afghanistan: Report
China on Huawei executive case and Japan
China orders tech giants Alibaba and Tencent to open platforms up to each other: Reports
Apple leads global smartwatch shipments in Q2 2021, India fastest growing smartwatch mkt
Beijing hits back at Australian Min over remarks on China's sovereignty