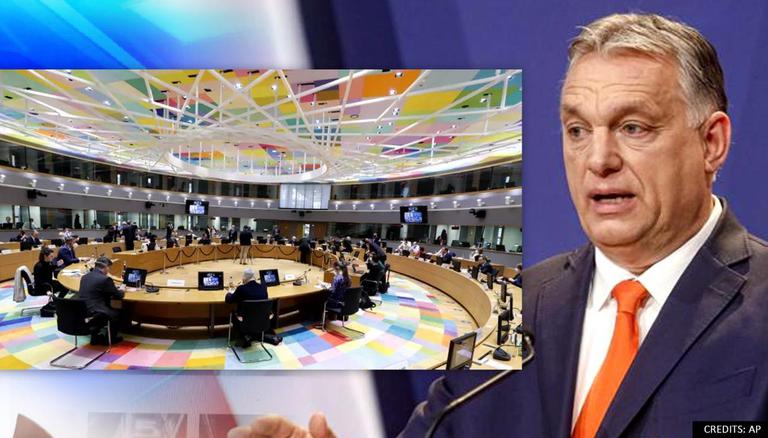 
Hungarian Prime Minister Viktor Orban, on July 16, accused the European Commission of “legalized hooliganism” for launching an infringement action against measures by his government that the EU executive said 'discriminated' against LGBT people. Last month, Budapest passed a contentious bill in the parliament that banned LGBTQ content at schools. While Hungary argued that the decree would combat child sex abuse in the country, the 27 member bloc opposed the bill labelling it as “deeply concerning.”

Stepping up a war of words with Brussels, Orban told state radio on Friday: "This (EU infringement action) is legalized hooliganism... The European Commission's stance is shameful." Furthermore, the right-wing populist leader asserted that the debate on the law offered Hungarians a glimpse into "European life", into what went on in schools in Germany, reiterating that Hungary would not let LGBT activists "march up and down" in schools promoting what he called sexual propaganda. Additionally, he also accused the EU of forcing their will on the functioning of Hungarian schools.

What is the law about?

The law prohibits sharing content on homosexuality or sex reassignment to people under 18 in school sex education programs, films, or advertisements. The government says it will protect children, however, critics say it links homosexuality with paedophilia.

14 out of 27 EU members have expressed their "deep concern" with newly enacted Bills in a joint declaration initiated by Belgium. European Commission President Ursula Von Der Leyen openly condemned the Bill too. Similar laws have been passed by Hungary in the past too. In December 2020 the country's parliament voted to redefine the concept of "family" in the country's constitution. This move effectively barred same-sex couples from adopting children thus, met with outcry from human rights groups.

Hungary’s parliament passed the bill last week, which prohibits sharing content on homosexuality or sex reassignment to people under 18 in school sex education programs, films or advertisements. The episode surfaces as Orban is set to contest elections next year. His Fidesz party promotes a Christian-conservative agenda.