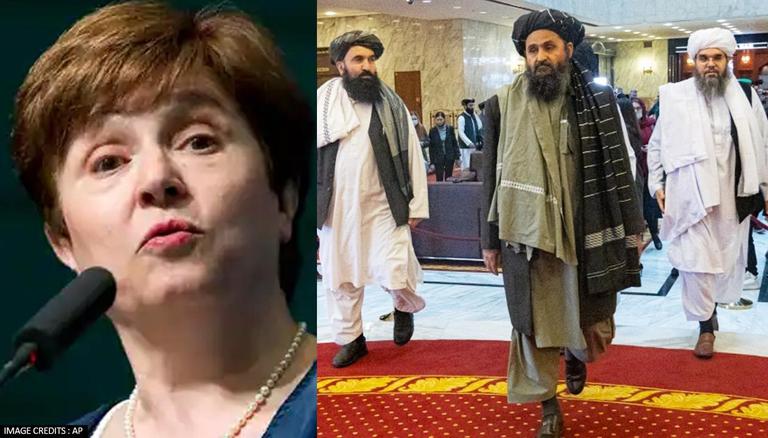 
In a move to restrict the Taliban, the International Monetary Fund (IMF) on Thursday said its engagement with Afghanistan will remain suspended until there is clarity within the international community on the recognition of the government led by the Taliban. The IMF said it was deeply concerned with economic conditions in Afghanistan, urging the international community to take urgent steps to stall a "looming humanitarian crisis" in the country. The new interim govt with 33 ministers has been unveiled by the Taliban.

"Our engagement with Afghanistan has been suspended until there is clarity within the international community on the recognition of the government," said IMF spokesperson Gerry Rice told reporters at a news conference. "We're guided by the international community in terms of the recognition of the government in Afghanistan and we don't have that. So, the IMF programme there has been put on hold; and, again, as we said, last month, the country cannot access IMF resources, SDRs, and so on, at this point", he added.

According to reports from Washington, the US has frozen about USD 9.5 billion in assets belonging to Afghanistan's central bank and stopped shipments of cash to Kabul, in a bid to keep the Taliban government from accessing the money. Meanwhile, Pakistan and China's ambassadors have met with Taliban's foreign affairs minister - pledging aid to Afghanistan. While Pakistan and China have backed recognising the interim government, Russia, Japan, US, India and others have said that they are in no rush to recoginse the Taliban government while pledging help to evacuate Afghans from the war-torn nation.

The Taliban took over Kabul on August 15 after major cities like Kandahar, Herat, Mazar-e-Sharif, Jalalabad and Lashkar Gah fell without resistance as US troops retreat after 20 years from war-torn Afghanistan. The hasty withdrawal of the US troops saw thousands of people attempting to flee from Afghanistan with several clinging to a departing US plane's wheels, leading to them falling to their deaths. After a bloody fight with the National Resistance Front of Afghanistan (NRFA),  Taliban claimed capture of the last province in Afghanistan - Panjshir, taking over the governor's office. NRFA led by 'caretaker' President Amrullah Saleh and Ahmad Massoud has refuted these allegations saying, "NRF forces are present in all strategic positions across the valley to continue the fight". Now, the Taliban announced its new government naming Mullah Mohammad Hasan Akhund as its interim Prime Minister and Mullah Abdul Ghani Baradar as its deputy.