In Thailand, Female Employee Sets Oil Reservoir On Fire After Being Scolded By Boss

The Thailand employee has admitted her crime but added she acted as she was fed up with her boss Pipat Ungprapakorn, 'complaining' and 'causing her stress'. 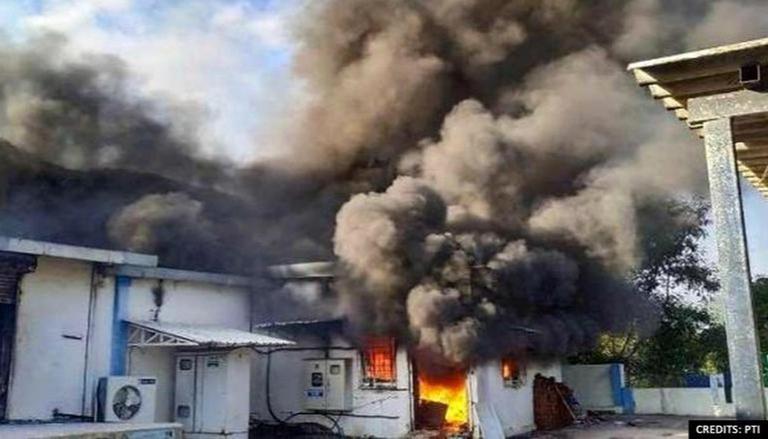 
Getting called out for mistakes is common for employees across any organization. However, an employee associated with an oil company didn't take criticism to heart as he vented out his frustration by blowing up the company's oil reservoir. According to a report by Daily Mail, a 38-year-old woman employee, Ann Sriya, was allegedly scolded by her boss. In a bid to take revenge, she set a piece of paper on fire and threw it onto a fuel container. The fit of the anger resulted in the big "boom" sound from the fuel container situated in Thailand. According to Daily Mail, the bizarre revenge was taken by Sriya, who used to work for Prapakorn Oil warehouse in Nakhon Pathom province.

The incident happened on November 29  this year but gained traction only a week after. The UK based publication noted that the police revealed the case after probing the CCTV footage. During interrogation, she was reportedly admitted to being guilty but added she acted as she was fed up with her boss Pipat Ungprapakorn 'complaining' and 'causing her stress'.

The video shared by the local administration shows how the fire swiftly spread to the other containers that were installed just beside the targetted one. According to an estimate, the bizarre act cost the company around 40 million THB or $1.2 million. While briefing about the incident, a fire official told it was one of the toughest tasks that the team was assigned. The official told more than 40 firefighters were engaged to douse the flames and added it took more than 10 hours to complete the "frustrating mission".

The employee could not anticipate the level of devastation

Meanwhile, Major General Chomchawin Purthananon said this was not the first time when the factory witnessed such a huge fire. However, he did not mention any similar incidents that happened in the past. Further, he said that the woman has been associated with the company for more than nine years but, her behaviour was never felt strange by anyone. "She said her employer grumbled to her and yielded her stress every day, and she did not anticipate the fire she ignited to cause this level of devastation," Daily Mail quoted Purthananon as saying. Meanwhile, the employee has been facing judicial enquiry while an interrogation with the employer was underway, added the Major General.