In more trouble for Mehul Choksi, the government of India filed an affidavit proving the fugitive businessman’s Indian citizenship in the Dominica HC 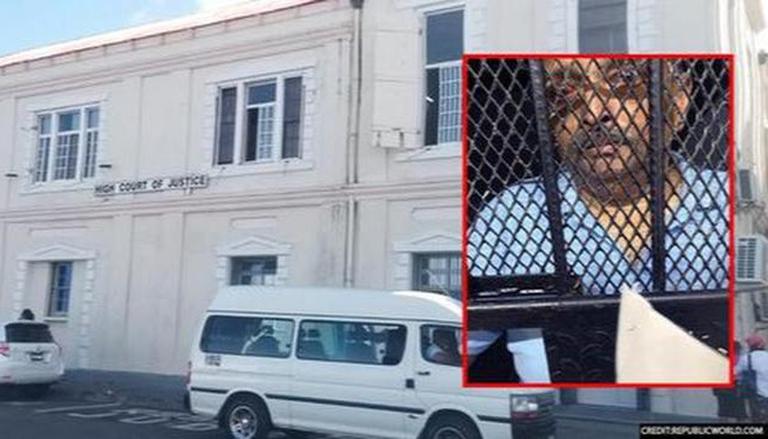 
In more trouble for Mehul Choksi, the government of India on Thursday filed an affidavit proving the fugitive businessman’s Indian citizenship in the Dominica High Court. CBI officer Sharda Raut who is leading the legal fight to drag Choksi back to India, signed the affidavit ahead of his bail plea hearing on Friday.

Team India’s affidavit proving Choksi’s true citizenship has reportedly panicked the businessman as his lawyers have now demanded cross-examination of the CBI officer.

Earlier in the day, Republic TV had accessed an order dated May 25 issued by the Dominica govt declaring Choksi a 'prohibited immigrant'. The Dominican National Security and Home Affairs ministry has ordered its police to take necessary action to remove Choksi from Dominica as per the procedure. The ministry also told Choksi that he is not allowed to enter Dominica and that the police have been instructed to take all necessary action to have him repatriated.

Along with Nirav Modi, he has been accused of allegedly siphoning off Rs 13,500 crore of public money from the Punjab National Bank (PNB), using letters of undertaking. Owner of the Gitanjali group, a retail jewellery company, Choksi secured the citizenship of Antigua and Barbuda in November 2017 under the aegis of the Citizenship by Investment Programme and fled to the island nation in the first week of January 2018. While India formally sought Choksi's extradition in August 2018, Browne commenced the process of revoking his citizenship on October 14, 2019,

The Mehul Choksi citizenship issue gained traction again after he was reported "missing" on May 23 after going out for dinner. 4 days later, the Dominican government issued an official statement confirming that the fugitive had been detained for illegal entry into the country. Thereafter, the Antigua and Barbuda PM refused to accept him back and held that the PNB scam accused can be repatriated to India on being declared persona non grata by Dominica.

While the hearing on the habeas corpus petition has been put off till the beginning of July, Magistrate Candia Carrette-George of the Rouseau Magistrate court denied Mehul Choksi bail. Though he is technically in police custody, he is presently admitted to the Dominica China Friendship Hospital. A day earlier, the Dominican High Court judge Wynante Adrien-Roberts adjourned Mehul Choksi's bail plea till June 11