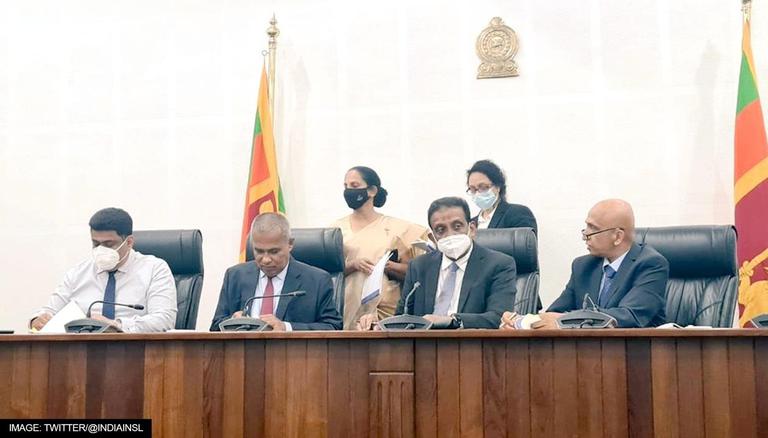 Gammanpila further said that the Treasury Secretary for the Sri Lankan Government, the Land Commissioner General, Ceylon Petroleum Corporation (CPC), the local operators of the Indian Oil Company (LIOC), and the recently created Trinco Petroleum Terminal Ltd, were among the signatories.

'A new milestone in India-SriLanka economic and energy partnership'

Meanwhile, the High Commission of India in Colombo took to Twitter to inform about the deal and hailed it as "a new milestone in India-Sri Lanka economic and energy partnership."

A new milestone in #India-#SriLanka economic and energy partnership!!Congratulations to all parties on signing the Agreement to develop Trincomalee Oil Tank Farms. Sincerely appreciate the guidance from leadership of 🇮🇳&🇱🇰 and support from all Ministers and officials concerned. pic.twitter.com/HQALQJeGSu

Jaishankar also stated that trade, as well as business, have grown and strengthened between India and Sri Lanka. He added that there is bilateral collaboration in the domains of development, education, culture, as well as defence. As per the MEA, both nations have a broad awareness of significant international concerns, ANI reported.

The Sri Lankan government had announced earlier this week that both the nations have reached a deal to launch a cooperative development project after evaluating the three existing agreements with the government of India on the Trinco Oil Tank Farm.

The Cabinet has accepted a proposal to assign 24 and 14 oil tanks at the Trincomalee Oil Tank Complex to CPC and local operators of the Indian Oil Company (LIOC), respectively, while the residual 61 oil tanks will be developed by Trinco Petroleum Terminal Pvt. Ltd, with CPC having 51% shares while the LIOC consists 49%. The joint venture would be for a 50-year lease, according to Joint Cabinet Spokesperson of Minister Udaya Gammanpila. Furthermore, for decades, the World War II-era oil storage unit in the strategically advantageous port area of Trincomalee, with a capacity of over 8 million barrels of oil, has been a major bilateral economic relationship connection, PTI reported.