The discussions to be held in New Delhi will seek freer movement of goods and people, enhancing the bilateral trade between both countries by billions of pounds 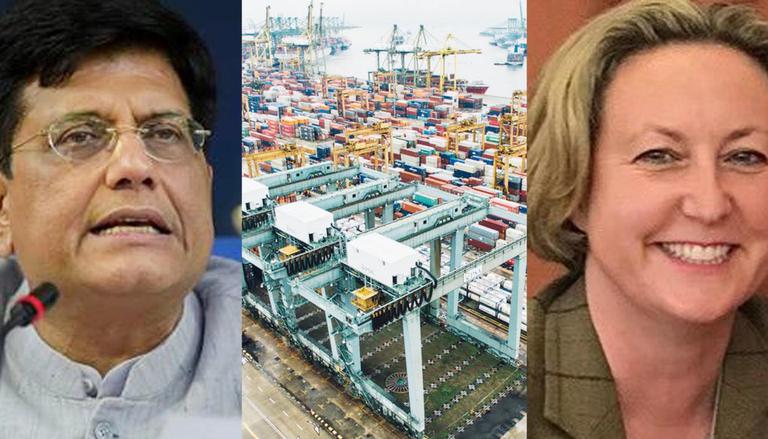 
India on Thursday is set to formally begin free trade agreement talks with Britain. The discussions to be held in New Delhi will seek free movement of goods and people, enhancing the bilateral trade between both countries by billions of pounds. Minister of Commerce and Industry Piyush Goyal will meet his British counterpart Anne-Marie Trevelyan in New Delhi on Thursday to announce the inauguration of the first round of negotiations that will begin next week.

"A deal with India is a global opportunity to put UK businesses at front of the queue as the Indian economy continues to grow rapidly," Trevelyan had said in a statement.

The Britain-India trade agreement is based on one of the top post-Brexit priorities, i.e. free from the European Union's common trade provisions and expanding economic ties in the Indo-Pacific. With India's fast-growing economy and impactful presence in the Indo-Pacific region, the trade policy is of vital importance and expects to double the bilateral trade by 2030, read the statement from the UK's Department for International Trade. "A trade deal with India's booming economy offers a huge benefit for British businesses, workers and consumers," British PM Boris Johnson said in a statement. The trade agreement is expected to grow British exports to India by at least $38.3 billion per year by 2035.

"We are seizing the opportunities offered in growing economies of the Indo-Pacific to cement our place on the global stage," Johnson said.

It is pertinent to mention that India and Britain have already negotiated terms on an enhanced trading partnership, announced last year. Now, both parties could opt to sign a limited-scope interim free trade deal, opening doors to further engagements. The deal could also be contingent on relaxing rules and lowering fees for Indian students and professionals wanting to study and work in Britain.

As India is on the course to become the world's third-largest economy by 2050, British Secretary of State for International Trade Anne-Marie Trevelyan has called the prospect for trade with India a "golden opportunity." The Indian market has several commercial prizes for British products like Scotch Whisky, green technology and more, Trevelyan believes. With little success of the European Union to reach a deal with India, Britain securing a trade agreement is expected to be a definite score for the post-Brexit trade expansions for the British. As per British officials, quoted by BBC, both India and UK expect the deal to be drawn by the end of the year.

WE RECOMMEND
US announces new agreement to allow US pork & products into India for first time
Barcelona vs Real Madrid: How to watch Spanish Super Cup match in India, US & UK?
One of the rarest moments in cricket as Pujara's drop catch costs India 5 penalty runs
India & US discuss various key issues during virtual Homeland Security Dialogue
Is John Cena's 'Peacemaker' releasing in India and UK? Everything we know so far