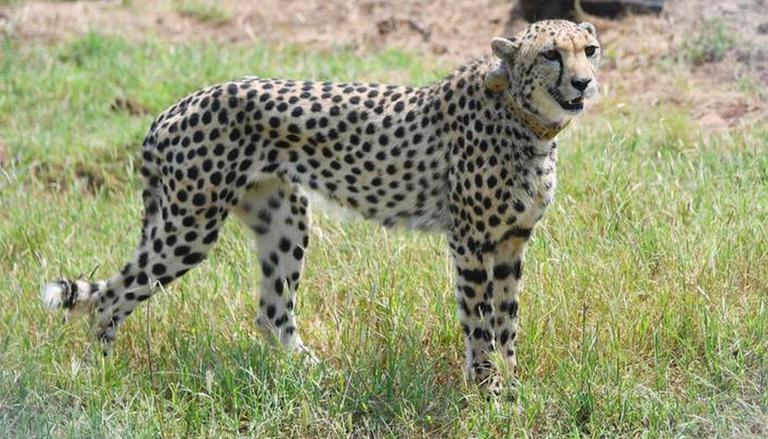 
India is working with South Africa to bring more Cheetahs to India over the coming years, said Laurie Marker, Executive Director, Cheetah Conservation Fund (CCF), who coordinated the translocation of Cheetahs from Namibia. She added that Namibia is also going to send more cheetahs in the future. This came after Prime Minister Narendra Modi released eight cheetahs into the Kuno National Park in Madhya Pradesh on Saturday.

"Since its extinction, you can only get animals from somewhere else. This is the only population of cheetahs actually large enough to use for reintroduction, and to establish a population, we must bring in more. India is working with South Africa for more, and Namibia is also going to send more over the years."

She further emphasised the need for saving these wild cats and highlighted that cheetahs are touching Indian soil after 70 years of extinction. Their extinction was human-caused, and their survival is in the humans’ hands, she noted.

"Saving the cheetahs mean changing the world. Yesterday, we started this process with the cheetah touching Indian soil after 70 years of extinction. Their extinction was human-caused, and their survival now is in humans’ hands. They are one link in the circle of life, pointing to the vulnerability of our planet and all of its amazing wildlife species today.I t is up to all of us to be aware and make a difference. Only we can save the earth, ourselves, and the cheetah," she added.

When asked if the African cheetahs will adapt easily to the Indian habitat, she said that the species are adaptable and India has a history of their presence. "The country of India has been thinking about translocation since the cheetah was declared extinct. A plan was put together in 2009 by a team of specialists from the government and the Forestry Department. Adaptation will be challenging, and we all will need to work hard in our monitoring efforts. If conducted properly, this will work. Cheetahs are adaptable. "But there will be disappointments; we realise that and hope the world will understand that as well," Laurie told ANI.

Calling man-animal conflict a potential risk to Cheetahs, Laurie said the government is working with the communities around the park and the big cats may take five to ten years to establish themselves in India and erratic weather will continue to be a major factor.

READ | These are the photos PM Modi clicked of the first Cheetahs on Indian soil in 70 years
READ | Ensure safety of cheetahs; Do not allow even me to enter KNP: PM Modi tells wildlife caretakers
READ | Kuno National Park has adequate space, prey base to house 20 to 25 cheetahs: MP forest officer
First Published: 18th September, 2022 16:38 IST
SUBSCRIBE TO US