The Vancouver Sun reported that a 28-year-old Indo-Canadian gangster was executed by suspected rivals on May 9 at Vancouver International Airport. 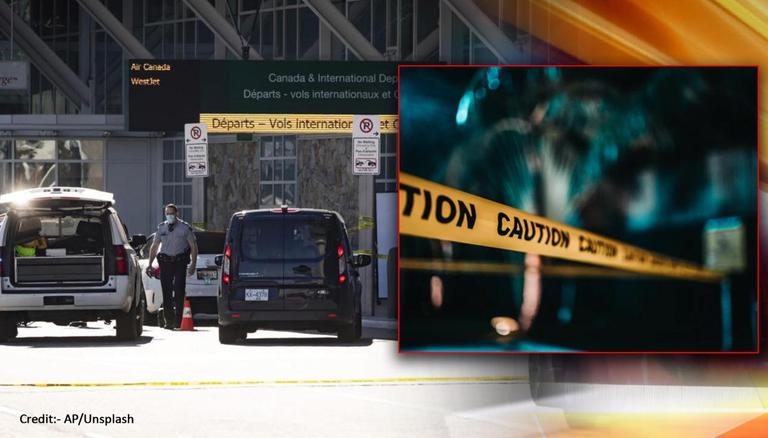 
A 28-year-old Indo-Canadian gangster was executed by suspected rivals on May 9 at Vancouver International Airport. The Vancouver Sun identified the victim as Karman Singh Grewal, who was associated with the so-called United Nations gang. The 28-year-old was gunned down in a brazen public execution after the killer or killers opened fire at about 3pm (local time) in front of the international terminal on the departures level.

The media outlet reported that Grewal was “very close” to gangster Jimi Sandhu, who was deported to India in 2016. While speaking at a press conference, Royal Canadian Mounted Police Sgt. Frank Jang said that the victim was known to police and the incident was related to a gang conflict the region has seen lately. The police had also intercepted the getaway vehicle, however, they were shot at by the escaping suspects, though no officers were injured.

Richmond Chief Supt. Will Ng said, “This generation of gangsters is taking things to a new level with no regard to community safety. They will stop at nothing to target rivals even if it’s at an international airport in broad daylight on Mother’s Day. And they shot at a police officer”.

Following the incident, trains to the Sea Island in Richmond, a suburb of Vancouver, where the airport is located, were temporarily halted as was traffic from a tunnel and bridges leading to it. At the airport, traffic cones blocked off a section of the international and domestic departures areas and police erected tall, white screens in front of an entrance, blocking views of the shooting scene. Most of the shops in and around the area were also shut down.

Police are still investigating the “disturbing” incident. They have asked for witnesses and those with video to come forward. The Vancouver Airport Authority also referred questions about the shooting to police. It said that the airport remained open. In a statement, Federal Public Safety Minister Bill Blair also said that his “thoughts are with the communities” who have been impacted by gang violence.

Disturbing news from Vancouver Airport this evening. My thoughts are with the communities in the lower mainland who have been impacted by gun and gang violence far too often, particularly over the last week. 1/2

READ | EU to allow US, Canada, Norway join military project
READ | Canada to give nod on supply of 5,000 ventilators to India by next week: Dr. Jonnalagadda
First Published: 10th May, 2021 15:41 IST
SUBSCRIBE TO US