Beijing has repeatedly warned Indonesia against drilling oil and natural gas at the offshore rig on the Natuna island, labelling it as Chinese territory. 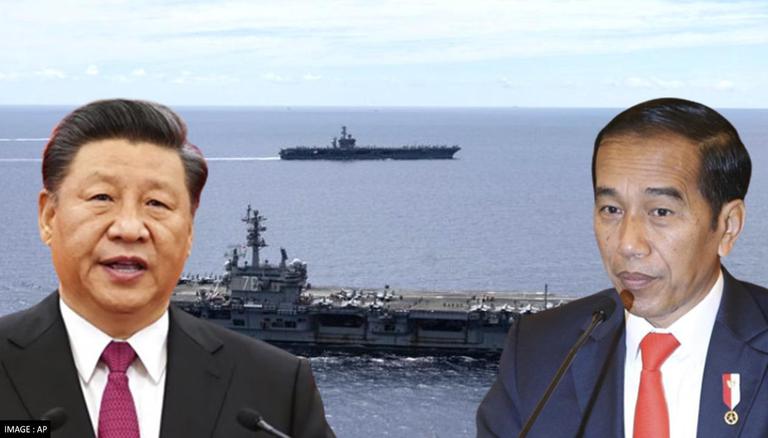 
After a Chinese coast guard vessel allegedly violated the territorial demarcation and sailed into North Natuna Sea into Indonesia's exclusive economic zone [EEZ], the embattled country on Friday deployed a warship, patrol plane, and a drone to deter the PLA Navy's military belligerence. The resource-rich maritime area that has an oil rig is disputed by the two nations. Beijing has often warned Indonesia against drilling oil and natural gas at the offshore rig on the Natuna island, labelling it as Chinese territory. Indonesia, however, does not comply as it claims the maritime region as its own territory.

On Friday, Indonesian Navy chief Laksamana Muhammad Ali said the Chinese vessel CCG 5901 that entered its sovereign waters did not violate any protocols, reports say. It was sailing near the Tuna Bloc gas field and the Vietnamese Chim Sao oil and gas field, other officials familiar with the development reportedly stated. The vessels are allowed a right to transit international waters in accordance with the United Nations Convention on the Law of the Sea (UNCLOS). The Chinese vessel had been sailing in Indonesian waters since December 30, according to the emerging reports.

Beijing-based broadcaster, South China Morning Post, meanwhile reported that China had deliberately sent the coast guard vessel into the Indonesian waters "to patrol Natuna Islands." The largest coastguard ship was sent in a bid to “send a signal” to the Indonesian military that has turned "increasingly assertive" in the South China Sea, the outlet said, citing the Chinese regional maritime experts. BenarNews and Radio Free Asia, in turn, tracked the vessel and informed that it sailed out of the Sanya port in Hainan Island on December 16.

The vessel arrived in Indonesia’s exclusive economic zone (EEZ) on December 30, the sites that monitor the maritime traffic, noted. The maritime standoff comes as both Jakarta and Hanoi recently finalised their 12-year negotiation to delimit their EEZ limitations in the contentious South China Sea. "So this development might have come across as rather disconcerting to Beijing, which has counted on Intra-Asean divisions and fissures to prevent the emergence of a united front,” Collin Koh, a research fellow told SCMP.