This is bravery! Iran's Archer Parmida Ghasemi Ditches Hijab As An Act Of Solidarity Amid Protests | WATCH 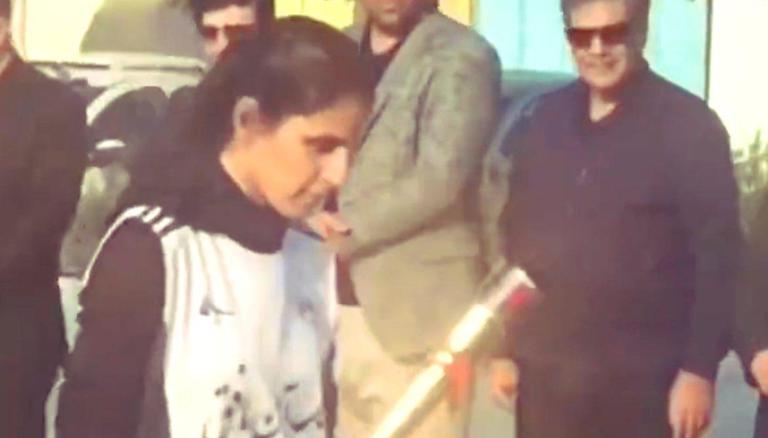 
Iranian athletes have taken the centre stage as Iran witnesses mass protests against the stringent hijab rules following the demise of 22-year-old Mahsa Amini, who died on September 16. Amid protests, prominent Iranian figures, including actors and athletes have publicly removed their traditional headscarves as an act of solidarity with the women of Iran.

Among those athletes is Parmida Ghasemi, who has recently gone viral after she was spotted removing her head covering while she stood with fellow competitors at an archery competition. Qasemi, who is a member of Iran’s national archery team, ditched her hijab while she was getting felicitated in Tehran for her performance in the Persian Gulf Cup.

A video of the incident shared on Twitter has garnered various reactions. “This is bravery! Woman... Life... Freedom… Iran Revolution,” one user wrote. Another user said, “Iranian men MUST learn from this brave young woman, BRAVO.” While she has been lauded for the act, people have raised concerns over the repercussions that she could face for the defiance.

Parmida Ghassemi takes her compulsory hejab off during an award ceremony for #Iran’s national archery team. Her action is very brave given the punishment she’s likely to face at the hands of the regime.#MahsaAmini#IranRevolution pic.twitter.com/TvJZAeLeAa

Ghasemi seemed to have followed the footsteps of rock climber Elnaz Rekabi, who removed her hijab at a competition in Seoul, South Korea, earlier in October and subsequently welcomed a wave of problems for doing so. Initially, reports of her going missing had surfaced, and so did speculations of her getting under house arrest. Later on, the sportswoman issued an apology, which was said to have been forced and done at the behest of Iranian authorities.

“Greetings to all dear and honorable Iranian compatriots, I am Alnaz Rekabi, with a history of twenty years as a member of the national mountaineering team,” she wrote on her Instagram handle, and further stated that her “head covering inadvertently came off” during the competition because of "bad timing, and the unanticipated call for me to climb the wall.”